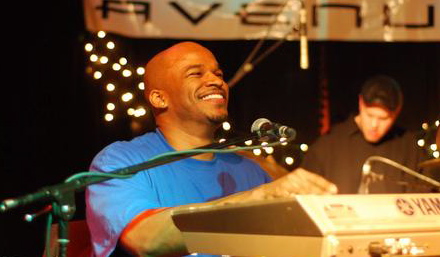 I have always been terrified of a future that resembles the soul music revivals that countless aunts and uncles of mine have attended. Sure, the music was great, but who wants to see fifty-plus-year-olds trying to get up on the down stroke with canes and walkers? The last thing I want to witness is all of us in twenty years moving our collective overhanging bellies out of the way while we attempt to do the Kid 'n Play Kickstep. But now that Zo! has reworked "Nights Over Egypt," I'm a little less terrified of what our futures may hold for us. After the amazingly good Zo! and Tigallo Love The '80s! was released in limited edition two months ago, we knew that Zo! had the chops to put his own spin on the soundtrack to our childhoods. While "Nights" doesn't have vocals, it may have been a better idea to let the melody stand on its own as opposed to attempting to recreate the lovely harmonizing of The Jones Girls (and later Incognito). In any case, props to Zo! for continuing to not have us fret over the inevitable R&B/hip hop revivals coming in our not-so-distant futures. [H/T: GBA]