Do The Jacksons Ever Visit Each Other? Or, Like, Call? 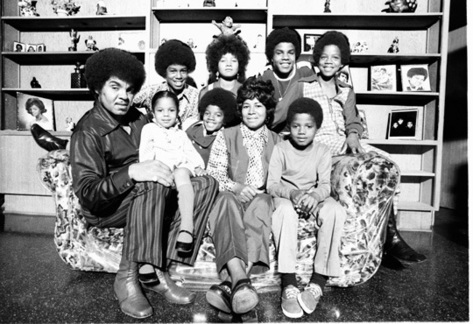 I have a long, tortured history covering the Jacksons on this site. They're my favorite performers. They're also endearingly loco. I resisted the urge to write-up Jermaine Jackson's 1,547th reveal that the kids are getting back together for a tour. It's maddening. There's a certain formula to the way these things unfold:

The problem is that, invariably, all this talk happens via press. Someone (usually Jermaine) gets in front of a camera or a reporter (usually in another country) and talks about some mythical reunion tour that will include not only Michael but Janet as well. Then everything falls apart because the superior Jacksons have other things to do. Take Michael, for example. The other day, this was reported:

Jermaine Jackson has confirmed rumors surrounding a potential Jackson 5 reunion. He told the Australian Associated Press that all of the original members -- including Michael -- have agreed to participate and that younger sister Janet has agreed to perform as the opening act.

Michael Jackson has issued a statement saying he will not participate in a Jackson 5 reunion in 2009. "My brothers and sisters have my full love and support, and we've certainly shared many great experiences, but at this time I have no plans to record or tour with them," Michael Jackson said in a statement. "I am now in the studio developing new and exciting projects that I look forward to sharing with my fans in concert soon."

So wait, do these people need to make an appointment to talk to each other? No visits, no holidays, nothing that would prompt a family discussion over these matters so folks won't end up looking stupid to the press? How can you have a reunion tour when you can't even get everyone on same damn phonecall? Or do they just get on the phone sans Jermaine and go "Oh look, Jermaine's talking sh*t to the Australian Press again. Let him hang himself"?

By the time they all get together and go on tour, the first and last stop will be Shady Pines.