FULL DISCLOSURE: When Did You Have Your Moment of Clarity? 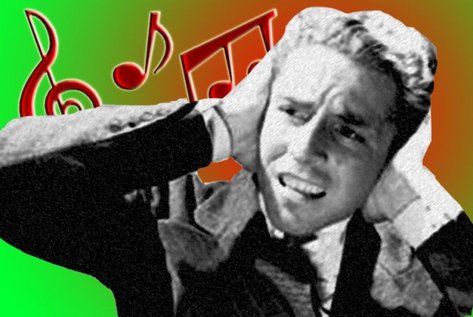 There comes a point in every adult music lover's life when s/he realizes that things have changed dramatically, and possibly for the worse. We weren't always like this, and neither were our parents. You think there wasn't a point where I didn't listen to a song unless it was about being "up in the club" and "poppin' bottles"? It appealed to all of us somewhere along the way. And maybe offensive, brainless music was of a higher quality when I was younger (I'm actually willing to argue that sh*t). The point is, I got fed up. My familiars got fed up. And you got fed up. But what was your turning point? When did you determine that "they just don't make music like they used to?" Because let me tell you something, I got mad as hell one day and have gotten more mad since. After the bounce, check out some answers from our closest friends and weigh in with your own horror stories thoughts in the comments.

I've been asking that question since I discovered '70s soul and funk as teenager -- on my own terms and not through a parental filter -- and found it couldn't be compared to contemporary music at the time. This ran contrary to my (ongoing) adoration of '90s R&B and Hip Hop, the beloved music of my adolescence. Obviously music is never made the way it used to be and the way each of us hear and experience it changes, and that's part of why I find it so appealing. More than anything I've been asking myself more about how I can remain open as I get older and not fall victim to locking my perception of music into stasis, prohibiting me from finding enjoyment in something I love so, so much, flaws and all.

I believe it happened when I turned 30. Suddenly my ear was picking up snatches of garbage...an increasing amount of "sexual-for-no-reason" type of lyrics. I can't pinpoint one artist but I began to say to myself "I can't play this around the kids." All of the music my mother played was suitable for my youthful ears. Maybe I'm just a strict DJ mom, but I would hate for my girls to grow up listening to how a man is going to "Trick" them...when I grew up listening to "Treat Her Like a Lady"!

I can't even answer this, because as mainstream music has sunk ever faster into the depths of depravity, progressive music has been flourishing in a parallel universe.

I've got way more amazing music than I could ever listen to. If I didn't have to make money occasionally, I could easily convince myself that all the bullshit doesn't even exist.

Maybe that is an answer?

When R&B started taking its cues from Hip Hop and became overly and overtly in the '90s, that was when I had to step back and assess just what the hell I was listening to. I think when Boyz II Men dropped "Uhh Ahh" in '91, that that was the beginning of the end. Whereas that song was tasteful and hearkened back to Teddy P.'s "Turn Off the Lights" and other songs in that vein, a lot of what came afterwards was just straight up tacky. (I'm looking at you, R. Kelly.) Trying to finesse your way to sex with coy lyrics gave way to hypersexualized, vulgar "let's f**k" music. Don't get me wrong, I don't see nothing wrong with a little bump and grind every now and then, but can I have my soul music without a side of filth flarn filth please?

When the deejays started talking more and repeating the songs I didn't want to hear...again... at all. The clarity made me spend more time in Kemp Mill records and The Wiz...random record stores, searching for cuts among undiscovered songs, falling in love with songs naturally... not because it was engraved in my brain.

Once the Bad Boy era of the late '90s meant that to stay current, everyone and their mama found themselves poorly sampling anything, spinning a hook, getting Hype Williams for the video and voila! Instant (bullsh*t) hit. Case-in-point: Jay-Z's "Sunshine." It was almost as though originality was an afterthought. Fast forward to the Auto-Tunization of every new R&B song out currently, and you can easily see the seeds were sown early back in the late '90s era of which I speak. That's when I knew laziness was beginning to become a virtue that was rewarded, handsomely I might add.

My turning point was fairly recent and led to me starting this website. As my immediate company and my frequent haunts on the Internet tried to convince me that the popular stuff was to be exalted, and the artists themselves got more arrogant, over-the-top and less about the actual music, I thought "wait a minute." The popular stuff everyday is more and more about all the extraneous, incidental things like "swag," gossip and appearing on red carpets. It's a distraction. I could not sit idly by and allow people to convince me that record sales, big hair and Google trends meant someone was good. When I was able to tune all that out and boil it down to the music -- the melodies, the compositions, the talent -- I got mad. I got mad at labels for throwing their energies and budgets behind these people. I got mad at everyone I knew for falling for the okie doke. And I got mad at myself for not getting mad a lot sooner. And although I'm aware I have options and have made some great discoveries (that's what this site is all about, after all), I continue to be sickened by the culture of stupidity and complacency perpetuated by popular music.

Now it's your turn. When did you have your moment of clarity?