‘Got the Hunger’ for Alice Russell’s ‘Pot of Gold’? 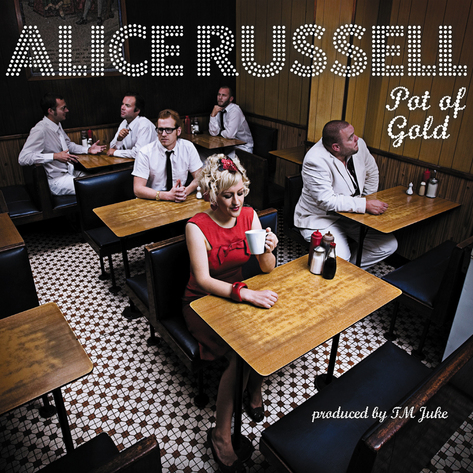 Alice Russell has a new album on the way, and if you're a fan like I am then that news is like Christmas and New Year's Day wrapped up into one. Russell's latest set, Pot of Gold, will be released exclusively on iTunes on November 4th, with the UK release scheduled for November 24th and the physical CD available for purchase on December 9th. All that release date minutia aside, I've had an opportunity to hear a few cuts from the disc, and believe me when I say that Alice brings in the soul and brings in the funk on the album produced entirely by TM Juke. One of the cuts from Pot of Gold that has me unable to sit still in my chair is "Got the Hunger?," which showcases the texture and depth of Alice's voice on top of some wicked instrumentation. Russell is setting the curve for UK Soul. Don't believe me? Listen to "Got the Hunger?" below and then check out the Pot of Gold tracklist and EPK after the bounce to witness the soul of Alice Russell for yourself.

Alice Russell: "Got the Hunger?"