If This Fight Actually Ended Up Happening, It’d Be Really Hard to Choose Sides 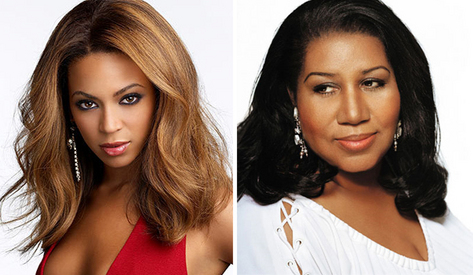 Did you see that clip last week where one of TMZ's shameless "videographers" cornered living legend and unrepentant Soul Diva Aretha Franklin by asking her if she thought Beyoncé owed her an apology for that whole Tina Turner mess? It's right here. Aretha supposedly responded "Beyoncé who?" Sure, ReRe. You'll know exactly who she is when she's awarded the lead role in a movie based on your life, because that's what Beyoncé does. Despite Aretha's wicked response (no doubt emboldened by a crack team of fey, over-the-hill handlers), the real loser here is TMZ for stirring up that nonsense. It happened eons ago. The winner is Tina Turner, since she's rarely ever wrong about anything and knows Jujitsu. [TMZ]