Phonte Gets Soulful With Jazzanova 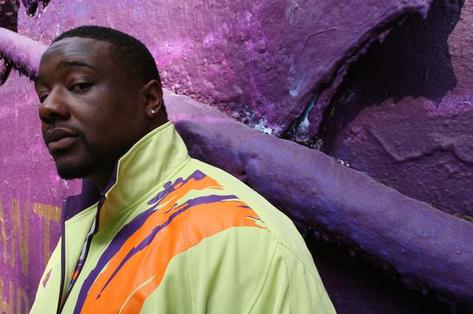 I know that everyone is caught up in the rapture of Foreign Exchange's recent release and rightfully so, but I want to bring another project to everyone's attention also featuring Phonte that hits the streets on Tuesday, October 21st. That's the release date for the new Jazzanova album, Of All the Things. I was open from the first track on the latest disc from the collective of German-based DJs and producers, which features Tay Gravy proclaiming his love for his lady on the soulful uptempo cut "Look What You're Doin' To Me." Between the percussion and guitar work, the instrumentation on this song is crazy, but it's Phontigallo's vocals that drive it for me. With each song I hear of his, Deacon Tigglesworth is becoming a better and better singer. If he wasn't such a dope MC, I would just want to hear his melodic stylings all the time. But Tigallo hasn't left rhyming behind at all, and he even guests on another track on the CD that showcases his signature flow. But until you get Of All the Things into your hands next week to hear it, snap your fingers, polish up your dancing shoes and get down with this one right now.

Jazzanova feat. Phonte: "Look What You're Doin' To Me"

Jazzanova Of All the Things Available on 10/21 [Amazon]