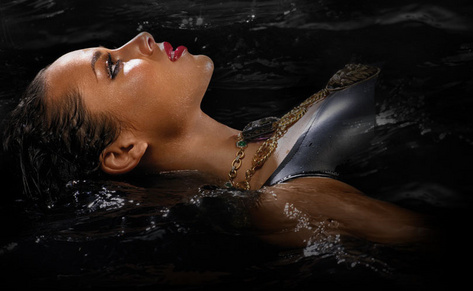 Almost a year after the release of her third CD, As I Am, Alicia Keys will be re-releasing the disc with three bonus cuts and a combo DVD today. But before you get your credit cards ready to ch-ching it up, be advised that it's a UK release and between the high price of imports and the weak US dollar, you may want to rethink the purchase. Not that As I Am: The Super Edition isn't worth it, however. Of the three bonus songs on the CD, two are new tracks and the third is her 007 duet with Jack White, "Another Way To Die." One of the new songs is "Saviour," which is a finger-snapping, '60s-inspired groove that finds Keys singing sweetly about her love interest. Fans of Alicia's "Teenage Love Affair" will probably dig this one, too.