Mixed up in all the giving of thanks last week was the giving of pink slips to two of New York's venerable radio mainstays: Vaughn Harper and Champaine of WBLS (107.5 FM). Harper was one of the originators of the format known as The Quiet Storm, while Champaine worked a six-hour shift on the overnights, keeping many a night shift worker alert and entertained. The station justifies the cuts as part of a cost-cutting move. But was there more behind the move than simply attempting to balance the books? Are these firings a sign of the times? Have radio disc jockeys and their banter, interaction with listeners and those listeners' loyalty, outlived their usefulness, instead making way for mere button-pushers?

In a recent article in the New York Daily News, Champaine admitted that "the art of radio has seen its day." We tend to agree. But she added, "Anyone can push buttons and voice-track, but it takes a seasoned
professional to sustain an audience for six hours and then come back
for more, day after day." Is that still true today? With so many radio stations content with just playing the same songs hour after hour, are DJs still relevant? Will legends like Harper and Champaine even be missed? Let us know in the comments section. [NYDN] 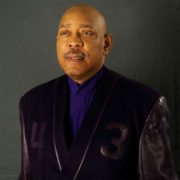