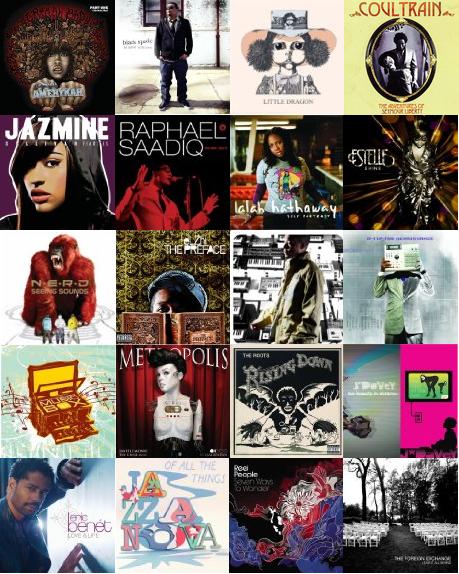 Well actually, there's always more to be said about music as far as SoulBounce is concerned, but since it's New Year's Eve we'll spare you from anything long and drawn out. If you've been following SB for any length of time, then none of the albums contained in our Top 20 should come as a surprise. Many have been reviewed or the artists themselves discussed over the past year throughout the pages of this web site. Needless to say, it's been a damn good year for soul and hip hop, and your SoulBounce Editors wanted to recognize these albums, aside from the Album of the Year,  for their contributions to the goodness.

For extra added fun try to match up each row of albums with the editor that chose them. Leave your mark in the comments and also let us know what albums made your "Best Of" lists.

Row 5:
Eric Benét: Love & Life
Jazzanova: Of All the Things
Reel People: Seven Ways to Wonder
The Foreign Exchange: Leave It All Behind 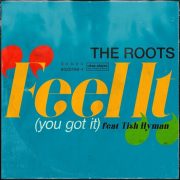