Melinda Doolittle’s ‘Coming Back To You’ With A New Single 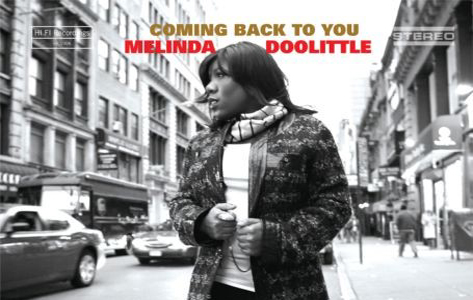 After some talk in recent months of American Idol alumna Melinda Doolittle's debut album set to be released sometime early this year, it's now official. With this new year came a fresh new website and the eponymous first single from Coming Back To You, which will be available February 3rd. There has never been any question about whether she could sing because obviously she can. "Coming Back To You" showcases what made her such a favorite on AI and a contributing factor in her elimination: the difference between Melinda the backup singer and Melinda the solo performer. Her self-deprecating persona, though backed by phenomenal vocal ability, never offers the gravitas needed for ultimate impact on this single. She's coming back--to us, to music--but she's not bringing anything new, and though pleasant it may not ultimately be enough. [MD]

Melinda Doolittle: "Coming Back To You"