It's been a minute since I've done a new video roundup, so I'm bringing the beat back in grand fashion with four new videos from for distinct male voices on today's soul music scene. First up we have Stokely Williams holding it down from your favorite band's favorite band, Mint Condition, with a futuristic video for "Nothing Left to Say" that fits in perfectly with their E-Life theme. Next we have Detroit's own Dwele with a very nicely done homemade video for "How I Deal (Waitin On Obama)." Thank goodness the wait for President Barack Obama is over! Then we have J. Holiday who finally drops a new video for "It's Yours," the first single from his upcoming album. Doesn't sound like there'll be any sophomore slump for that brotha. Rounding out the pack is Ryan Leslie with the second video from his "How It Was Supposed to Be" trilogy. If you can get past the corniness of the first two minutes, this vid is worth watching if for no other reason than to see Tyson Beckford, who incidentally gets a beatdown from the singer in the clip. Funny stuff.

Mint Condition: "Nothing Left to Say"

Dwele: "How I Deal (Waitin On Obama)"

Ryan Leslie: "How It Was Supposed to Be" (Military Version)


TAGS:  dwele, j. holiday", mint condition, president barack obama, ryan leslie, stokely williams, tyson beckford
Previous: ‘All Mine’ From Peter Hadar Can Be All Yours Next: ‘Gettin Up’ With Anthony David 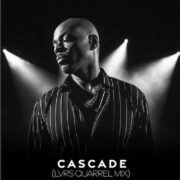