Please ‘Believe’ That Ayah Has Big Things In Store 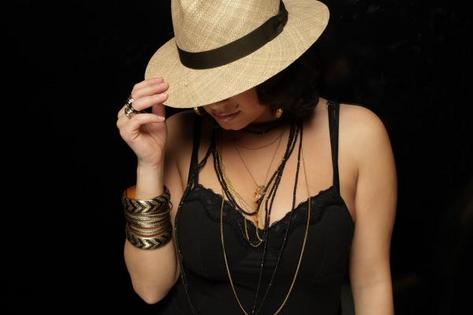 One of my favorite Bounce-Worthy artists from last year was Canadian soul singer Ayah. Her Problem Woman mixtape stayed in heavy rotation around my way, and I've been anxiously awaiting some new hotness from north of the border. Thankfully my wait is over with the arrival of some fresh cuts from her. Ayah is planning on releasing the track "Believe," which was one of my favorite cuts from Problem Woman and previously featured here, as her next single, and the B-side is the smoothed out head-nodder "Do It All Again." But the goodness doesn't end there, my friends. She also flipped Nicolay's beat from The Foreign Exchange's "Brave New World" for the lovelorn track "They Were Lyin." Ayah is prepping for the release of her next project, and if these two joints are any indication, it's going to be another very good year for her. In addition to this new music, stay tuned for a special announcement from Ayah and SoulBounce in the coming weeks. Ayah is in a giving mood and wants to share these tracks with everyone for free download. Links can be found after the bounce in addition to some footage of her performing "Pusha Man" and "Believe" live in concert.

Ayah: "They Were Lyin"