‘The Electric Company’ To Get Shock Of Hip Hop Energy

Twenty-eight years after its premiere on PBS as part of the Childrens' Television Workshop, the beloved The Electric Company will be receiving a makeover of sorts. In an effort to remain contemporary, TEC will have elements of Hip Hop infused into the show. The task will be accomplished by the creative team behind the Tony-award winning Hip Hop musical In The Heights. Kids and parents alike will learn vocabulary words from Hip Hop collective Freestyle Love Supreme and feature four kids who have the power to manipulate words and battle against The Pranksters, a collective of mischievous neighborhood bad guys. The show will be premiering January 19th on PBS. No word yet if Easy Reader will be making any special guest appearances, but this blogger does hope they bring back a certain element that can be seen below. [EW] 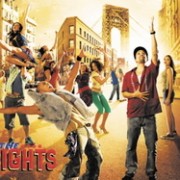