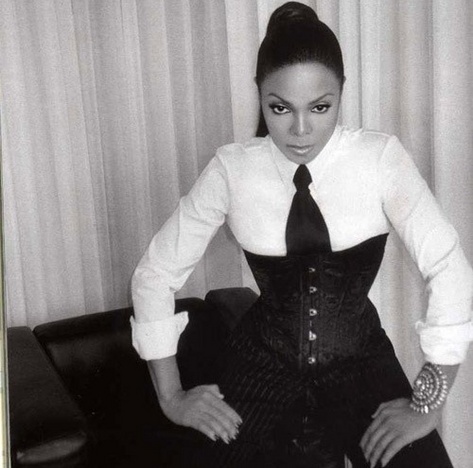 If you're anything like me, you haven't been able to get enough of Janet Jackson's music since she informed us all that "Privacy" is her middle name. Being an icon in the game, there is plenty of material out there that didn't make her studio albums. Below, I have attempted to declare my ten favorites (in no particular order). Let's dance:

There is no mistaking that this is a Rich Harrison production. In one word, it is percussive. The horn loops and the slightly off-beat tambourine really help make for a criminally funky groove. It really is a shame that Jan didn't work more extensively with Harrison, as it seems that had good (if fleeting) chemistry in the studio. This track is perfect for Jackson's light vocals, and allows her to work her playfully sexy side.

Another Rich Harrison creation, "Put It On You" (aka "Put It On Me" or
"Speed It Up") is beat heavy, with a guest appearance by a pair of MC's
no one can seem to positively identify. The music here is a bit more
sparse, leaving plenty of room for a flirtatious Janet vocal. It's easy
to see why this was left off of the project, but it does make for good
listening outside of the context of an album.

Somewhere between "With U" and "Rock With U" there was "Roll Witchu," a more urban-leaning jam that smacks of the Jermaine Dupri midtempo
aesthetic (which is a good thing). Musing on an encounter on the dance
floor, Janet taps into the sexiness of sharing a dance with someone you
might not know all that well now, but may get to know intimately later.

Oh my damn. Even though recorded long before the aforementioned
track, "70's Love Groove" seems like a conceptual continuation of "Roll
Witchu." Dripping with carnal sweat, this song was designed for one
thing. If you're playing this while with your significant other, you
better have packed a lunch (and another pair of draws). This track was
probably included on Tommy Strong's G.T.D. mixtape.

Another contender in the "Shoulda Been A Single" department, we have
"Could This Be Love," which is just so vibrant...not unlike the feeling
of new love itself. Gorgeous. This would have been a perfect complement
to "I Want You," had it made the album.

This ethereal ballad sounds a bit like the not-so-distant cousin of
"Again." Here, Janet gets very introspective and deeply personal about
her loneliness and insecurities. Also found on the soundtrack to the
film, Down in the Delta.

Beautiful cover of The Jacksons track from their Victory album. Brother Randy penned this. When Jan is asking her lover towards the end to "say you love me," I get chills. Breathtaking.

Okay. Janet straight spazzes on Papa Joe here (if it wasn't
apparent to you). This is one of the most specific and autobiographical
songs Janet has recorded about her family. You begin to get a good
grasp of the frayed Jackson family dynamic here. This is a brilliant Jam & Lewis
uptempo track, very in line with what they were doing with Janet at the
time. You want to dance, but there's so much pain here that you feel
wrong for jamming.

9. "Accept Me" (The Velvet Rope era)
Another deeply personal song that still didn't really have a place on the turbulent Velvet Rope
album. This is another example of Janet making her pain very palatable
(musically, anyway). A nice, midtempo groove you can sway to.

10. "And On And On" (janet. era)
"This is a song about...summertime...may it never end." That's all you
really need to know about this breezy track. It samples the
unmistakable groove from Sly & the Family Stone's
classic "Family Affair," slowed down just a taste for effect. You
cannot frown and listen to this. Makes you wish for sand under your
feet, instead of hard and crunchy snow.

Are you a stan for Jan? What's your favorite rare Janet track?


TAGS:  janet jackson
Previous: Thank Goodness This Doesn’t Apply To Us Next: De La Soul Plans to Work It Out With Nike