Van Hunt Releases A Plethora Of New Music For Your Pleasure 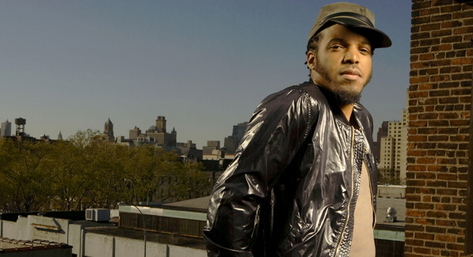 It's been three years since Van Hunt has released any new material, and--as one of his many fans--the void he has left is palpable. Sure, his unreleased Popular, a fatality of a split with his then record label was a major blow, but if you're as talented as this man, you continue to hone your craft and don't look back. Quietly, last week saw the announcement via his MySpace page that he would be posting new, unreleased tracks on his MySpace music player and invited "music pirates" to rip the songs from the music player. Then this past weekend, on Valentine's Day no less, he posted the four-song Lamplighter EP on MySpace that has since also been ripped and distributed widely. It's nothing less and nothing more than what you would expect, meaning it's sexy, sultry, smooth, and seductive. "Half The Fun" featuring Count Bass D is a personal favorite and brings back memories of a certain bushy, afroed Soul singer writhing about on the floor. "Next Year" is another favorite of mine that has a certain voyeuristic quality that is again, undoubtedly sexy. The four track EP is no longer available for listening on his MySpace page, but if you're a highly-skilled Google sleuth, you may just stumble upon it. Until then, enjoy some treats below.