Will Mariah’s Latest Role ‘Push’ Her To Acting Greatness? 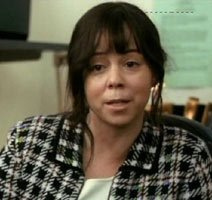 Yes, we know. You've heard all the buzz that came from Salt Lake City a few weeks back as the Sundance Film Festival screened the new Lee Daniels-directed film, Push, based on the novel by Sapphire and winner of the festival's Audience and Grand Jury awards. The acting is said to be superb, with Mo'Nique, Sherri Shepherd and Lenny Kravitz leading a cast that also took home a special jury prize for acting. Also in the film, fresh from her role in Tennessee, is Westchester's own Mariah Carey, this time hanging up the stilettos and tube tops to play a social worker. A clip surfaced last week featuring Mimi counseling the film's star, newcomer Gabourey Sidibe. According to her husband, Nick Cannon, Mariah's the truth. "She blew me out the water...When you go see Push, not only do you forget that's Mariah Carey, you might not even recognize it's Mariah Carey," he insisted. "It's one of those performances. She don't talk the same, she don't look the same -- she just went in and did her thing." The clip is exactly one minute long, so there's not much to take from it. We need to see more. See for yourself after the bounce.


TAGS:  mariah carey, nick cannon, push
Previous: Confirmed: Jam & Lewis Have Reunited with Janet Next: Bell Biv Devoe Has Something For ‘You’