Daniel Merriweather & Adele Are ‘Water And A Flame’ 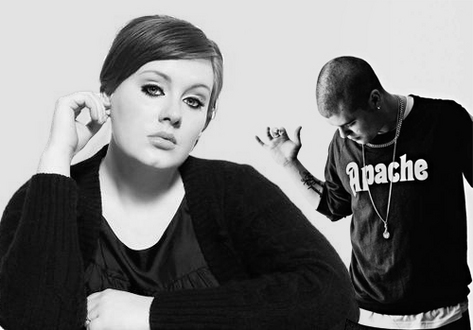 We are all mostly aware of Adele's singing ability and her ability to smash on less deserved singers with an extra touch of class. You may not all be especially aware of overseas sensation Daniel Merriweather who has racked up quite a bit of success abroad, opened for Kanye West, and collaborated with Mark Ronson. Now that we're up to speed, let's consider Daniel and Adele's duet "Water And A Flame" from his new album Love And War. Not only is this a very pretty song and Adele as always sounds great, but Daniel is a perfect match to her raspy voice. Duets like this used to be such a staple. Instead of wondering what happened, listen to this and hope the future bodes better. [H/T: MM]
Daniel Merriweather feat. Adele: "Water and A Flame"