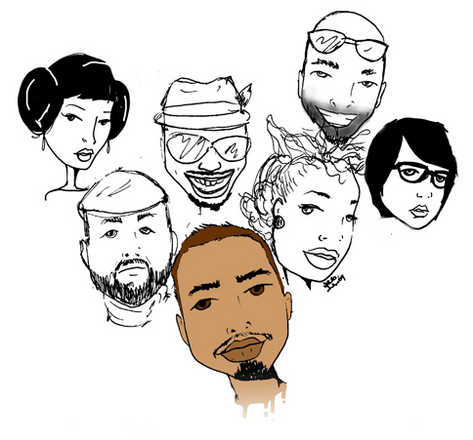 For those of you who are unaware of Los Angeles producer GB a/k/a Gifted & Blessed, then let this be your formal introduction. For those of you who copped the wonderful Soundtrack for Sunrise featuring Steve Spacek, A Race of Angels and his atmospheric, sometimes Latin-influenced grooves, then you are in for a treat as well. GB has recently composed GB Reinterprets His Contemporaries, his own musical reinterpretations of his favorite artists . It seems as though he must be clairvoyant to know we stan hard for both Muhsinah and Little Dragon, but also includes reworks of Flying Lotus, Exile, The Beach Boys, and the aforementioned A Race of Angels. Be prepared to press play and get all trippy, then skip down the yellow brick road with your free download. [H/T: YYY]