How Kanye Could Roll A Seven Into ’10 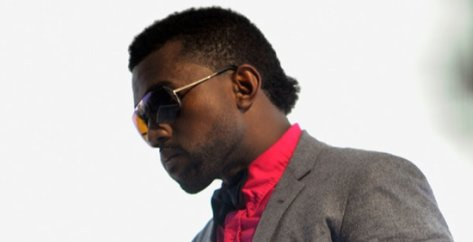 It seems that Kanye West is everywhere these days. If he's not saying something bizarre, or singing off-key, or defending himself against Sway-bots, he's in the news for things that make you say hmmmm. Now is the news that Mr. West will be making a cameo on the Family Guy spin off, The Cleveland Show on FOX early next year, appearing as a rapper named Kenny West. Yup. We'd all love it if 'Ye would take a much needed rest, if for nothing else than to privately grieve the tragic death of his mother, but since there seems to be no signs that will happen, and in the interest of social justice, we've come up with a list of Seven Ways Kanye West Can Stay In The News Until 2010. Here we go:

#7: Television-- Kanye can warm up for his role as Kenny West by collaborating with the writers of Grey's Anatomy to appear in a multi-episodic arc as a music artist that's rushed to Seattle Grace in order to have an auto-tune device surgically implanted into his voice box with only days to spare before a big concert. Our suggestion for the episode's title? "Kanye NorthWest," of course. With Kanye playing McSingy himself.

#6: Movies-- He could always jump on the Tyler Perry cash bandwagon, dressing as a woman in the role of "Konnie West," the sidekick to Perry's "Madea" character, in a tale of seniors from the hood trying to make some quick cash in the guaranteed moneymaker, Madea Goes to Rap Camp.

#5: Collaborations-- Seeing as the producers of The Cleveland Show may want Kanye back for more episodes, Mr. West can take advantage of his exposure on the show by producing a soundtrack featuring the voice of Cleveland, with songs about both the cities of Cleveland and 'Ye's hometown Chicago, with the crafty title, "Kanye/Mid-West."

#4: Hair-- Well, we've got nothing really here, except to suggest that he markets the hell out of that thing resting on top of his head, and at least name it. "Mull-Ye," anyone?

#3: Inventions-- We've seen these. But if Kanye really wants to get the attention of the affluent set, those moon-shoes aren't gonna do it. No, it's time for Mr. West to step up his game, and do some serious branding, with the invention of the Kanye Vest. Scarf and shades sold separately.

#2: Beef-- No, no, no. Not a manufactured, made-up beef with another artist or, you know, Fiddy Cent. Heh. Nope, we're talking actual manufactured meat. Called Kanye beef. Hey, if Kobe can have some, why not 'Ye?

Get in the studio and make another album. And step away from the toys gimmicks Auto-Tune. Just Hip-Hop. Pleaseandthankyou.