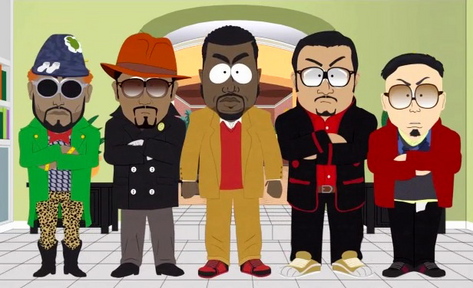 Though I am not a regular viewer of South Park any longer, its responses to Pop culture and its parodies of it are often a thing of brilliance. Take the recent episode that aired on Kanye West's egomaniacal ways and included his fashion-forward (read: challenged) crew and a take on his Auto-Tuned self-proclaimed masterpiece, 808's & Heartbreak. The joke all revolves around Kanye's declaration about his love of fish sticks, his inability to understand how this gets extrapolated that he is a gay fish, and a wonderful rework of "Heartless" about his love of underwater dwellers. It's just as crazy as it sounds, and just as hilarious. It's nice to know that Kanye took it all in stride as well saying,

South Park murdered me last night and it's pretty funny. It hurts my feelings but what can you expect from South Park! I actually have been working on my ego though.