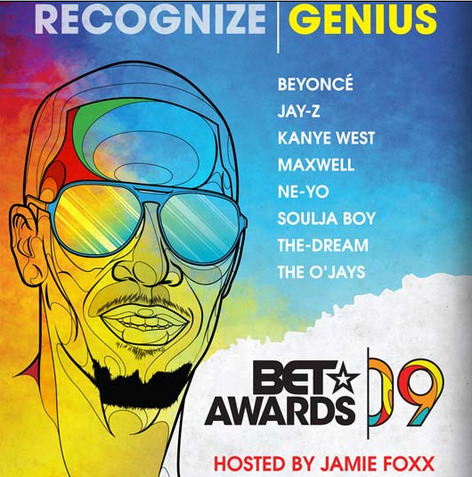 BET is in an usual situation for this year's awards show. They cannot just resort to their usual three hours of tomfoolery just because they can. Nope. Not this year. The biggest, most influential entertainer of our time, Michael Jackson, passed away earlier this week, and BET just happened to be next on deck for an awards ceremony. The one year we were actually looking forward to watching the show for something other than live-blogging it, our staff's hands were tied. Luckily, salvation came in the form of Blue, who is an excellent writer, friend of the site, and possesses the kind of acerbic wit that makes her the perfect person to take on the task of documenting every minute of what is sure to be a highly entertaining show. Welcome her with open arms and join her in the comments or on Twitter. She's just as nervous about this as you are. -nOva