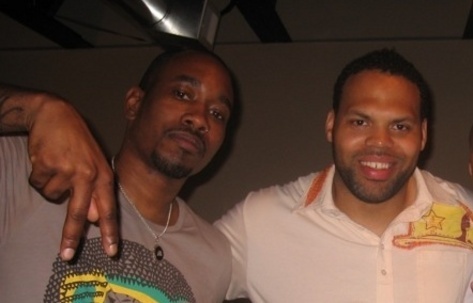 Well, well, well, what do we have here? Anthony David and Eric Roberson on the same track? Is this a match made in Soul heaven or what? But, wait...it actually isn't. Because these two souldiers aren't crooning as they are known to do with ease. Instead, two of my favorite male singers are rapping on the track "Military Mind" that Anthony premiered via his Twitter late last night. This is a departure from what we're used to from these two, but Ace Duece and Erro are kinda nice on the mic. Who knew that they could each spit a hot 16? Nod your head to the track below. And while you're at it, listen to the song "4evermore" from Anthony's upcoming album, As Above, So Below, that dropped on the net while we were caught in the Matrix and features Algebra and SB fam Phonte.