House Puts A Shoe in Charles Hamilton’s A$$

As many of you know by now, Charles Hamilton is unable to list J Dilla as Executive Producer of his forthcoming album. You know, the free one from which he would donate proceeds to the non-existent J Dilla Foundation. One of the main people behind obliterating Sonic's plan was Detroit's own DJ House Shoes, who has a solid and well-known connection to Dilla. (Not for nothing, but Sonic admitted to not knowing who House Shoes is, which is like a Biggie or Big Daddy Kane fan not knowing who Mister Cee is.) House Shoes promised to make a video addressing the matter, and yesterday the long-awaited video surfaced. Hopefully now, things will get back to normal. In the meantime, enjoy this. And this. 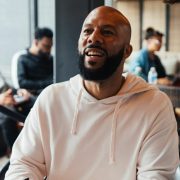