‘Say’ What You Will About Mos Def’s Kanye West Cover 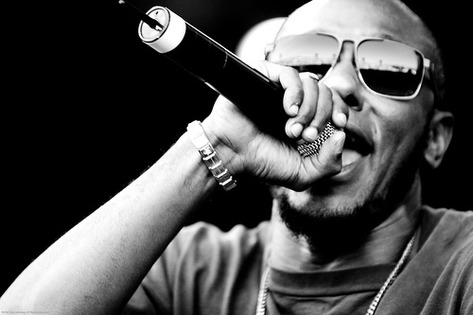 There always seems to be one song that stands out as the one song whose sound becomes inescapable during a too brief sojourn. In my case, my return from languishing on sunkissed beaches yielded a love affair with a Mos Def cover of Kanye West's "Say You Will" from his much maligned (at least around these parts) Auto-Tuned album that had been sitting in my iPod for much too long. After listening to Mos' version, an achingly beautiful, yearning, jazzed out rework with no computer drone voices to be heard, it makes me wish that this track was included on The Ecstatic. Do yourself a favor and listen to the entire twelve minute track. The addition of lyrics from "U R The One" near the end seem so apropos and seamless in this rendering of a tale of regret and loss. [H/T: EOLA]

Mos Def: "Say You Will (Live at The Blue Note)"


TAGS:  audio, kanye west, mos def
Previous: Michelle Obama Keeps It Jazzy At The White House Next: The ‘Sun’s Out’ For Choklate & Her ‘Folks’