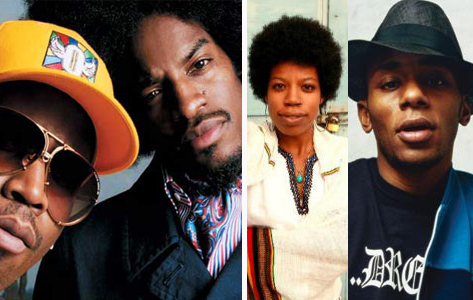 Now, at first glance this Battle of the Beats seems unfair. Outkast appears to have a disproportionate advantage, having time and crossover popularity on Mos Def and Georgia Anne Mudrow. How is it possible to put a new song that was just released days ago on The Ecstatic (whose originating album, Muldrow's Umsindo, isn't even out yet) against a certifiable hit? Well, here at SoulBounce it's about the music. Both versions have points in their favor and easily great songs on their own but really it's up to you, discerning Bouncer, to decide. Whose "Roses" really smells better? Why?

TAGS:  audio, georgia anne muldrow, mos def, outkast
Previous: What Can We Expect From The New Mariah Carey Album? Next: House Puts A Shoe in Charles Hamilton’s A$$