Is This Video The ‘Best’ Drake Could Do? 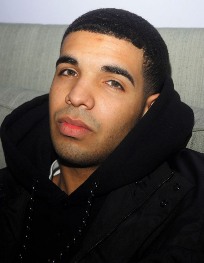 The video for Drake's "Best I Ever Had" dropped yesterday. As did my jaw when I first saw it. Directed by Kanye West, the clip feels like an adolescent fantasy, filled with big breasted girls and um, not much else. I guess you could insert your own Degrassi: The Next Generation jokes here. Seriously, the video is lacking...everything. I expected more from Ye and his high-concept imagination ("Flashing Lights," etc.). Instead, he left nothing to the imagination. Shame.

The 22-year old tried to explain it away in an interview with Complex magazine:

"Basically we decided, as opposed
to taking ourselves super serious, we just wanted to have some fun with
it. Myself, being a young man, a young single man at that, I kind of
wanted to be real about the way I function with women at this current
point in my life. Which is, I don't have one woman that I call my girl.
There's different girls in my life that play different roles and I see
at different times, but collectively they kind of make up the roster of
happiness for me [Laughs]."

Well, I guess that "kind of" makes sense. With that said, though, Drake... come better next time. [No Laugh] Video after the bounce.