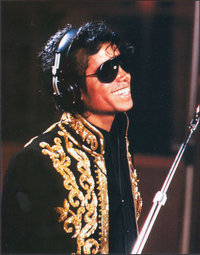 At least according to former Sony Music CEO Tommy Mottola, the amount of unreleased Michael Jackson material could provide us fans with years of new music from the entirety of his career. Mottola states that for every dozen songs recorded while with Sony, Michael recorded another fifteen to twenty that were never released. This is incredible news. The intrigue is unbelievable. I mean, what would an unreleased track from Bad sound like? It's entirely possible that some of his best music is in this vault. Even though we may not get to hear all of this music, and it's arguable whether or not we should get that opportunity, it's further proof his commitment to his craft. [MTV]