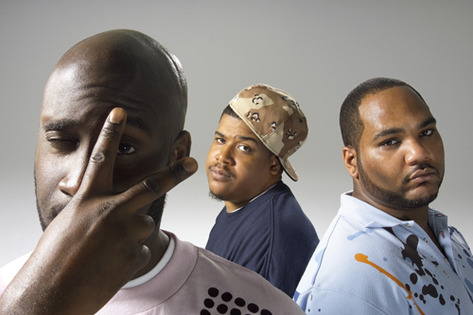 If anyone's been wondering what iconic hip hop group De La Soul has been doing to celebrate their 20th anniversary of their debut disc, 3 Feet High and Rising, all they have to do is head over to Ticketmaster, as Trugoy, Posdnuos and Mase are hitting venues across the country, letting folks know that The Daisy Age is alive, and still rising after all these years. In a June interview with Rolling Stone, Trugoy spoke on the group's legacy, explaining that it was never about the gold chains for them.

"We felt like, if we wanted
to look the way we looked and touch on topics we did, we shouldn't be
fearful of doing it just because it was the boasting and the bragging
and the gold chain era. We always felt that individualism and
creativity and expressing it was most important.

Which is exactly what they did, leading to the classic LP. The fellas are working on a new release entitled You're Welcome, scheduled to feature collaborations with Public Enemy, among others. De La is also working on re-releasing 3 Feet High and Rising, and according to Mase, would love to feature the artists they sampled on the original songs. "We've been in conversations with Warner Bros. to explore
re-recording some of the songs with some of the people we sampled
from.

" That would be dope. Imagine "Say No Go" with Hall and Oates? Or, "Eye Know" with Steely Dan?!?
Wow. The group winds up its anniversary tour on August 29th. And as we
wait for the new material to surface, check a clip of the trio as they
perform their classic "Me, Myself & I" last week at the Nokia Times
Square. 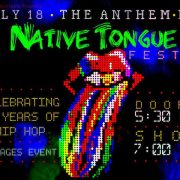 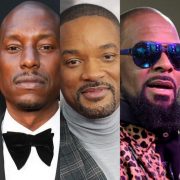