This past weekend in New York City, a band of performing artists staged their latest show, an ode to Kanye West's ginormous ego "Why Won't You Let Me Be Great!!" Unexpectedly, the show was attended by Kanye, who obviously got word of the performance. Hilarity ensued but not until an event occurred that gave all in the audience pause. According to audience reports, a female performance artists voiced her disdain with 808's & Heartbreak during her rendition of "Love Lockdown," all while "grinding barbeque pork into her naked crotch (and then eating it)." Yes we are serious, and no we can't make this stuff up. Reportedly, Kanye "barely flinched." Don't worry, Kanye. We all just collectively flinched for you. [H/T: BWE]


TAGS:  ew, kanye west
Previous: Goapele’s ‘Milk And Honey’ Is Sticky And Sweet Next: Morning Soul: Hoping We Could Find A Way 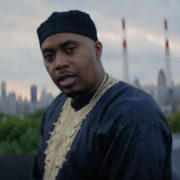