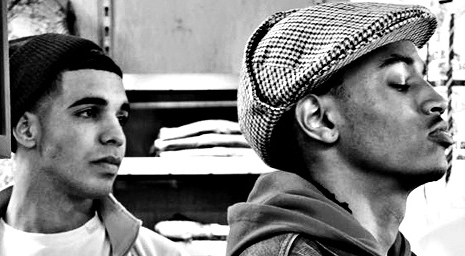 Just stop. Stop it right now. I already know what you're going to say. "Why in the hell is this track even being featured on this website?" Because I like it. Because I like the whispy sounds in the background that sound as if this song was partially recorded in a wind tunnel. Because I have been giving Trey Songz more of a pass ever since he surprised me during the O'Jays tribute on those shameful BET Awards. Because even though I have never understood why everyone constantly jocks Drake, I think his rhymes add rather than detract from the track. Also, be grateful that this is not the original version that Drake did with Lil' Wayne that featured the mention of wanting "hoes" in addition to "money, cars, and clothes." And for all those reasons I think you should give this track more than a cursory listen. Feel free to posit about it in the comments. [H/T:BC]


TAGS:  audio, drake, lil wayne, trey songz
Previous: Morning Soul: Do You Know What Today Is? Next: The Bots Rock Out & Have Lots Of ‘Style’ To Boot