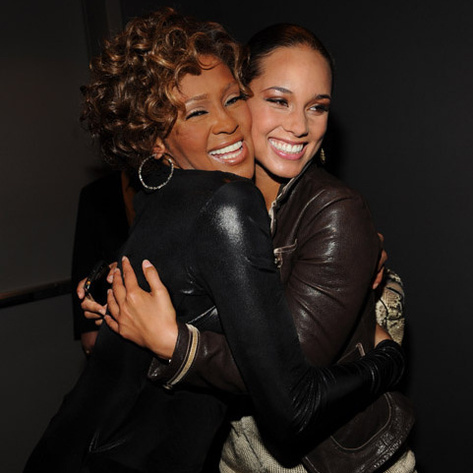 No wonder Whitney Houston was all smiles and hugging up on Alicia Keys like they were BFF's at her recent NYC listening party. As it turns out, Alicia and her boo Swizz Beats hooked Whitney up lovely on "Million Dollar Bill, the "official" first single from I Look To You, due in stores August 31st. No stranger to singing songs for the dance floor, Whitney and company have crafted an upbeat groove that you can two-step to. Personally, I love this song in all its Donna/Diana/discotheque diva splendor. Is Whitney's voice as strong as it once was when she belted out "I'm Every Woman"? No, but that's been established already. For who she is now and where she is now, this works for me. Here's to hoping this track gets a tight video to match.

Whitney Houston I Look To You [Amazon]