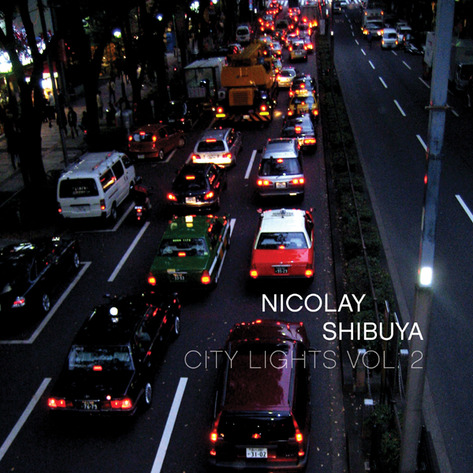 The Foreign Exchange
is a musical reflection of the global glue adhering our spirits
together. What started as two musicians swapping files over the
internet, Nicolay and Phonte have transformed their passion for
music into an international movement, while bringing other like-minded
souls along for the ride.


It began with Connected,
their 2004 inaugural offering of Hip Hop lyricism and vibrant beats
mixed with soulful crooning. In 2008, the critically-acclaimed Leave it All Behind increased their momentum and crystallized their style into the world of the grown and sexy. With enhancements from Darien Brockington, Muhsinah, Yahzarah, Zo! and the Els, Nic and Tay leaped from the laptop to the stage before appreciative audiences around the world.

In the midst of their current success, Nicolay has released  City Lights Vol. 2: Shibuya, a continuation of his remarkable journey through experimental sound.
His signature style is simplistic and clean, with bass lines and
melodic timbres accenting infectious beats. "Shadow Dancing" and "Meiji Shrine" are classic examples of Nicolay's utopian approach to production with floating, ambient synths.

Phonte adds a grown folks flow to "Wake Up in Another Life," which is wonderfully executed with collaborator/songstress, Carlitta Durand and multi-instrumentalist, Zo!, on the piano. No longer contained within hooks and intermittent singles, Carlitta takes command in "Saturday Night"
as her voice dances confidently with the house beat that surrounds it.
Overall, Nicolay drives this project with eclectic instrumentals
indicative of the Japanese community for which the album was named.
Don't expect the urban grit of Connected nor the grown and sexiness of Leave it All Behind. Instead, I encourage you to listen to City Lights Vol. 2: Shibuya and allow Nicolay to transport you into another level of collective creativity.

Nicolay feat. Phonte & Carlitta Durand: "Wake Up In Another Life"