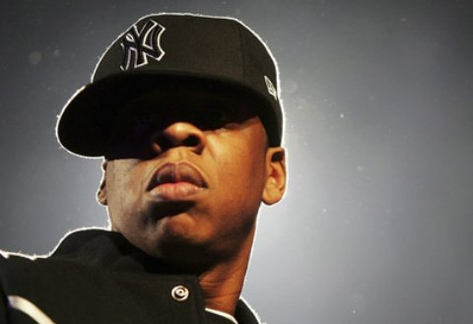 Today is a really solemn day. So many of us are walking around with full hearts, remembering the events of eight years ago, when our world was changed in the most stunning of ways. Still, today, it's hard to process it all. Yet, we still stand strong. And move forward. Rapper/businessman/New York native Jay-Z will be performing a special benefit concert tonight at Madison Square Garden, with all ticket sales going to the New York Police and Fire Widows and Children Charity Fund. Even with so-so reviews for his newest release, Blueprint 3, the fact that tickets were gone in minutes says a lot about what Jay means to our culture. How much he means to New York City.

What's great about tonight's show is that all of us unable to secure entrance to show won't be left out in the cold, thanks to the music channel FUSE, which will be showing the concert live and in its entirety. Some might be a little apprehensive about watching a concert on TV, and we feel you. However, it might be a good thing, if you watch with the proper perspective. Which is why we're here. Below and after the bounce, you'll find Nine Reasons You Should Watch Tonight's Jay-Z Benefit Concert on FUSE. Let's go.

9. Rain Check. Both Serena Williams (U.S. Open semifinals) and Derek Jeter (going for the all-time Yankees hit record) were either delayed or rained out, which means that you won't be missing any of that. Besides, those two will most likely be at the Garden, anyway. So you have a better chance of seeing them there than competing tonight.

8. Flash Flood. No, not the weather this time, but the amount of flashes that will be emanating from the hordes of cell phones, digital cameras and flipcams inside the Garden tonight. Word on the street is that the other night, during a special concert performance Jay-Z put on, the power went out. Even if that happens at the Garden tonight, it will be well-lit. Hopefully, the people there remember that it's being broadcast live and won't feel the need to upload their inconsequential videos to the net.

7. Pause. Even though Jay's flow is regarded as one of the best, the fact that he's getting up there in age means he may have to take a few more breaks between verses, instead letting the crowd fill in the blanks. It might not happen, but if it does, the fact that you're sitting in the comfort of your living room means you have the luxury of taking a drink every time it happens. Methinks if we pay attention, it may occur more often than we figured.

6. NY-Sea. I'll bet any type of money that when FUSE does a pan of the audience, there will be so many blue, fitted Yankee caps in the crowd, you'll think the concert was taking place at the Stadium. That speaks to Jay's effect on the masses. It will also make you proud on a day like today, as the new blue Yankee fitted is as much a symbol of NYC as the Statue of Liberty.

5. 'Pain' Reliever. Let's take bets as to when the "F T-Pain!" chants will begin, followed by Jay acknowledging them with a slick smile, and telling everyone that this isn't what tonight is all about. The crowd won't care. After his recent comments about Jay, they'll want to see the big-hatted sideshow barker literally "D.O.A."

4. Censor-tive. What will intrigue me the most tonight is whether or not FUSE will be implementing the seven-second censor rule to this concert. I'm thinking they will, which could lead to the second drinking game of the evening. If we all take a shot of [insert alcoholic beverage of choice here] each time the channel either misses a curse word, or each time they just mute an entire portion of lyrics (BET style), we may very well get a buzz on. And have a short FUSE to thank for it. Heh.

3. How 'Tweet' It Is. Now we all know it's going to happen. We have friends on Twitter who will be at the show, feeling the need to tweet live from the action. Like they (or we) always do. The good part this time? We'll be able to know what they're talking about when it's happening, and won't mind their spilling the beans with tweets like "OMG! Here's BUSTA!" or "KANYE is in the building!" As they do this, we can nod our heads and say, Yeah. I know. Unless, of course, that seven second delay is on. Then they'll still tell you about it before you actually see it.

2. Guesting Game. Jay-Z always has special guests at his shows. Always. Tonight will be no different. Especially with Fashion Week in full effect, a LOT of people are in town. With nowhere to go in this crappy weather. So count on a lot of cameos by a lot of your favorite artists. Jay has hits, man. Predictions for tonight from me include Mary J., Kanye, Rihanna, and maybe even Bey. The fun will be tuning in to find out.

And the #1 reason I'll be tuning in tonight is this:

1. Making A 'State'-ment. To see the crowd's reaction to his new single "Empire State of Mind." It's Jay's first real anthem to his hometown ("Brooklyn's Finest" was for the borough) and couldn't be more signifcant today if he'd wanted it to. With all the fitteds in the crowd, and being in the Garden of all places, I expect a lot of spazzing out. Myself included.

So, you see, there are plenty of reasons to tune in tonight. It should be fun. Happy Friday...and Always Remember. Peace.