Finally, Q-Tip speaks out about why it's taken so long for his "latest" album, Kamaal The Abstract to be released. Of course, by now you know that this was supposed to be the follow-up to Amplified, and was recorded in 2001 for Arista Records. It had more of a jazzy theme, which didn't sit well with the powers that be *cough* LA Reid */cough*, who decided it had no commercial appeal and placed it on the shelf. Later, when it leaked to the public (I think we've all heard several tracks by now), Tip negotiated to get the rights back, and planned for a 2007 release. Fast forward to now. If you ever wondered what the inspiration for the project was, the politics that were involved behind the scenes that held up the release, and why now is a perfect time for Abstract to see the light of day, then you should press play below, as Tip covers all of those topics. And his impersonations are hilarious. Heh. The album is officially set for public consumption this coming Tuesday, September 15th on Battery Records. 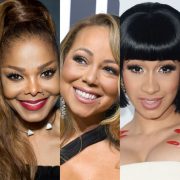 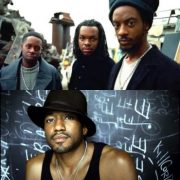