The Director’s Chair: Shoot Day AKA ‘What Can Go Wrong, Will Go Wrong’ 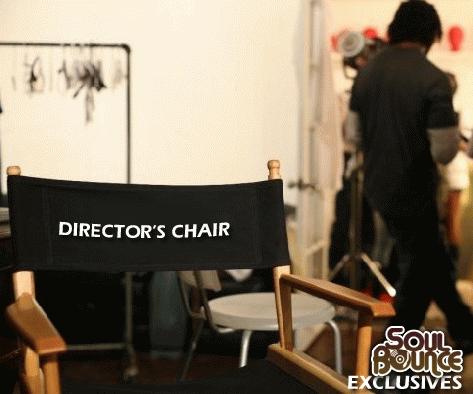 Hello everyone. We had our shoot for the video this past weekend and I think it can be best summarized with the quote, "what can go wrong, will go wrong." To succeed in this industry you must have a discipline and a certain sense or organization but you also must, however, be fluid and be willing to change your plan at the drop of a hat. With that said, let me describe my experience on shoot day.

If you read my prior post you know that this video was supposed to take place on a beach and there was a cook-out scene. I did some research and found a spot in Malibu, California that was supposed to be beautiful as well as secluded. Normally, I am a strong advocate of playing by the rules but with this video shoot being a contest and with me putting my own money up, I just couldn't pay the thousands of dollars that it would have taken to get the proper permits and insurance to secure the location officially. I was told that the location was low key and nobody is ever there so it shouldn't be a problem. Remember our underlying theme: what can go wrong, will go wrong. We arrive at the beach and start setting up, I notice that there were already three photo shoots going on at the beach. That could be considered both a good and a bad thing, good because other people are getting away with shooting without permits and bad because they are making the spot hot. No later than we pull all the equipment off the truck and get the first establishing shot do park rangers show up. Us being the only dash of chocolate on a beach in Malibu guess who they decided to mess with first. Long story short, they call in back up, bring a federal officer by, run my license to see if I have any warrants and threaten to give me a ticket and a fine. Shut my shoot down. The irony of the situation is that they stopped us from getting our footage but allowed the other shoots to continue. I still feel all kinds of ways about they way they handled the situation with their tinge of racism, but at the end of the day if your paperwork isn't right you have to be prepared to deal with the circumstances.

Feeling frustrated and honestly very down, I sent everyone home and serously contemplated canceling the shoot all together. I got on all the social networking sites that I am a part of and informed people about the cancellation of the beach location then I texted and called everyone who was supposed to be coming out to support. Given that I was also producing the video shoot as well, it was my job to keep everyone informed from the top all the way down to the extras. I called my good friend Michael Moss and he gave me an idea. We had a friend who had an outside Mayweather/Marquez fight party at their house that was going on between 2 pm and 10 pm, and he suggested that I give her a call to see if I could shoot there. I gave her a call and she welcomed my shoot with open arms. Feeling like a million pounds of pressure were lifted off of my shoulders, I called everyone back who I had dismissed and told them about Plan B. The shoot would continue but now instead of a beach shoot in Malibu it would now be a backyard pool party in Palos Verde. This all happened by 11 am that morning so we had to hurry and I was losing daylight. We would shoot now at 2 pm.

I arrived at the house location and was beyond impressed with the set-up. Sometimes your rejection is your protection and this second location ended up being better than I could have ever possibly imagined. It was a huge backyard area with a gorgeous pool, mountains of already prepared food and two fully stocked bars. I didn't have enough time to physically sit down and write out another treatment, so I decided to keep the story line similar and substitute the beach with the pool and keep the second half of the video basically the same. Here is where I hit my second snag.

Because we were shooting at a mini-mansion, parking was an issue. There was a second location where people had to park at and a shuttle bus was to take them to the house location. Everyone was using GPS and for some reason nobody could find parking. So now my 2 pm shoot lost an hour and a half and now started at 3:30 pm. Mind you I had scheduled 12 hours to shoot this entire music video, because I wanted to shoot daylight, and now I only had 3 and a half hours until it got dark. 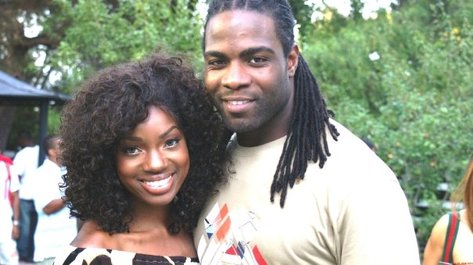 Finally everyone arrived and we got right to shooting. We shot our leading lady Celestina walking from the house to the pool area and had her lay down on a lounge chair with her iPod in hand and put suntan lotion on herself. We had our leading man walk past and help her out when she dropped the top of her cooler and they smiled at each other and got to know each other a little better. We got an insert shot of her iPhone, which we will add Common's image to later and we then shot Marcus, our leading man getting into the pool. Then we shoot cameos of some of my friends who showed up earlier to the party to support me. All in all, we finished the first set up by 5:30 pm. There was a lot more I wanted to shoot and probably would have shot if I had more time, but now time was my enemy and I had to keep it moving.

We got to our second set up by the bar. We hooked up a flat screen TV in the background of the bar where we are also going to be adding Common's image too. We had Marcus post up at the bar later on that day taking a shot of Ciroq and Celestina walks over and greets him now. He offers her a drink and they accept. They talk a little bit and he invites her over to a spades game. They head over and start playing with another couple, this is where I make my cameo as one of the card players. The game goes on and Marcus hears Common's "Make My Day" playing in the background. He asks Celestina if she wants to dance and they cut the game short. Marcus and Celestina do a little two step on the dance floor and enjoy each others company. The cool thing about the dance set-up was that the party was screening the fight there later on in the night and they had this huge drive-in movie sized inflatable screen set up and we were able to use that as another thing we could put Common's image on while they danced the night away. Now it was starting to get dark but we shot 90% of the video by 7 pm. 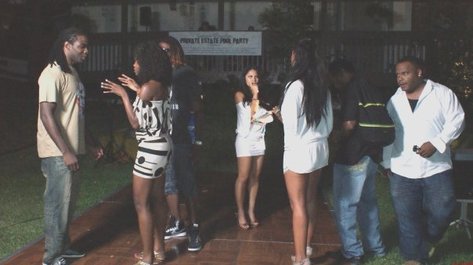 The last set up was tricky because in my original treatment I wanted the couple to walk down the beach hand in hand during the sunset, making for a romantic looking scene. Now, however, the sun was gone and I had minimal lighting so I had to think of a proper ending for the video. I didn't want them to leave the party together because then it would have been perceived that they are about to go and have sex and that is not as romantic an idea as I intitially had. We still had the beauty of the pool though and I decided to shoot them sitting on the edge of the pool with their feet in the water laughing and talking. It seemed like a better look so we got that shot and finished at exactly 7:45 pm just in time for the Mayweather fight.

Yes, there were a lot of things we had to overcome on this shoot and if I coould do it all over again I would have shot at the house first initially. But everything happens for a reason, and I think I have enough footage to make the video work. I am proud of my team for sticking by me through the adversity and for helping get this video finished. Special thanks goes out to Travis, Nate, Jeremy, Charlie Mac, Starlynn, Toni, Webbie, Celeste, Marcus, Celestina, Barry, Mike, Brandon, Mimi, and everyone else who came out and supported me and my shoot. The final video will be done by this Friday, September 28. I hope you guys like it.

"A problem is a chance for you to do your best."
Duke Ellington 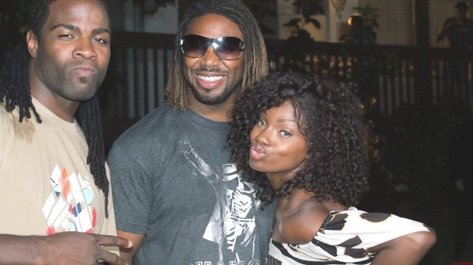