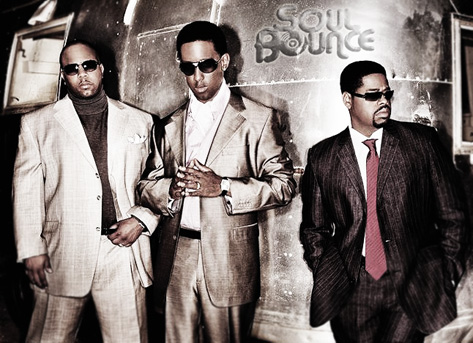 With incredible harmonies, timeless lyrics and pristine production, Boyz II Men set the standard for '90s era R&B/soul groups and inspired a generation of boy bands from *NSYNC to Jagged Edge. Nathan Morris, Shawn Stockman and Wanya Morris each hold their own vocally while their individual styles form a supernatural blend--floating miles above the beer-battered, deep fried hot mess of mediocrity readily available on your radio.
Although considered "the most successful R&B group of all time," Boyz II Men are still soaring to new levels of excellence in their music. Their upcoming CD is tentatively entitled, Love, and scheduled to drop this November.
"Open Arms" is a classic remake of Journey's 1982 hit. This single features Boyz II Men in their comfort zone as they saturate this rock power ballad in pure soul while American Idol's Randy Jackson delivers stellar production. (Sidenote: Randy Jackson was Journey's bassist in the late '80s and worked on Mariah Carey's remake of the song in 1996.)
It feels good to hear the three brothers from Philly once again as they remind us of their commanding talent and meticulous execution of melodies that shape our memories.