The Problem That Michael Created 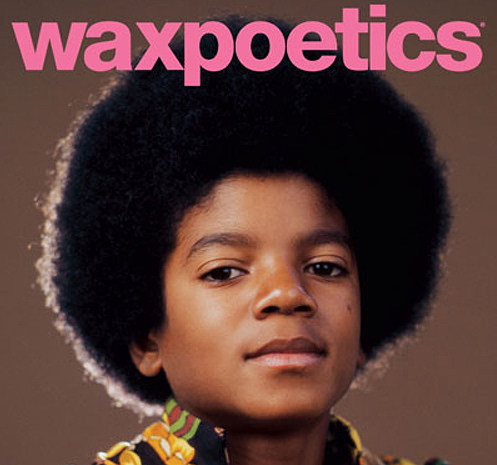 Although we did our best to remember and not eulogize Michael Jackson--since he will never be gone in our hearts--I still can't help but to pour over the remembrance articles dedicated to his legacy. Scoop Jackson's article on Michael in this month's Wax Poetics entitled "Michael Jackson: The King Of Pop (1958-2009)" was interesting in its approach to the legacy that Michael left us. Since he was so groundbreaking on so many levels that we really do not fully realize and often take for granted, there was a point made by Scoop that really caught my attention.

Basically, the problem Jennifer Hudson will encounter the rest of her career is the one Michael Jackson conquered. The "box" society and music tried to stick him in and force on us, he destroyed. But only for him. No other soul singer will be able to break through that box. No one will have MJ's imagination, no one will have Quincy Jones to help them break through it, no one will be able to "transcend" the musical cultures and cultural paradoxes.

I posed a question after Michael's passing dealing with whether, in the aftermath of furious downloading and nostalgia for a musical force we will never get back, would this usher in a new era of creative brilliance. So far the most that we have gotten is the Death Of Auto-Tune. But this is not creative, nor is it brilliant.

So is the fact a little boy gifted with so much talent that he changed history--and I'm not only speaking of music--mean that he in effect messed it up for anyone else following in his shoes? Yes, it seems like an absurd question since many successful singers went on to garner much critical and commercial success. Yes, it also seems so absurd because many musical genres went onto flourish with nary a real mention or hat tip to Michael's brilliance. In the end, however, what we have is a music industry hell bent on consuming itself much as a phoenix would. The real question is whether out of the flames and ashes will the same industry be willing to find and foster brilliance or maintain more of the current status quo.

Using Scoop Jackson's assertion, is it possible for a talented singer such as Jennifer Hudson to break out of the box and the mold that Michael broke through so adeptly? I mean, let's be real here: She should have been on the same path that was created for Mariah a generation ago or Whitney two generations ago.

I honestly don't know the solution to this conundrum. I'm not willing to accept that Michael was the only artist who ever lived who was able to break out the mold many corporate conglomerates falsely assumed they could restrain him with. For me to believe that he is the only one who could have ever done this would cause me to loose faith in music's ability to heal, conquer, persevere, and to nourish.

Given I cannot answer this question myself, I pose the question to you? Is music doomed? Was Michael truly the best that will have ever done it? Or is there much more in store for us collectively as we learn to appreciate and not canonize his legacy?