With Two Years Till Armegeddon Bilal Blesses Us With New Album 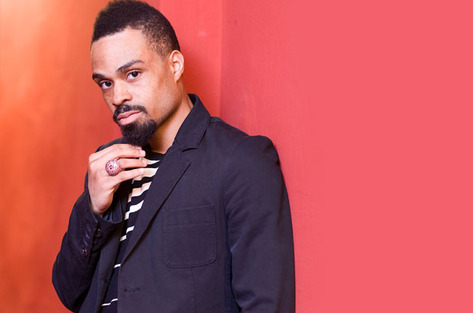 Chances are you already own and have burned a hole into the copy of Bilal's Love For Sale that you hunted down even though it was never officially released. Chances are you've seen at least one of the amazing shows that he has done since his first album 1st Born Second was released. If you have done neither of these things, you just got a new chance to experience a great contemporary Soul performer in the flesh. Billboard recently sat down with Bilal who has just officially announced that he will be releasing a new Electro-Jazz album in 2010 which he describes "is about me discovering Steely Dan, John Lennon, and Bobby Womack." Since I'm down for whatever this man has to offer, he could have told me that his current influences include Cookie Monster, Count Chocula, and C-Murder. But I kid. And since he has accepted that "I really don't own the music," he's okay with you bootlegging it the same way you likely did with Love For Sale. In any case, get ready for some great new Bilal real soon.