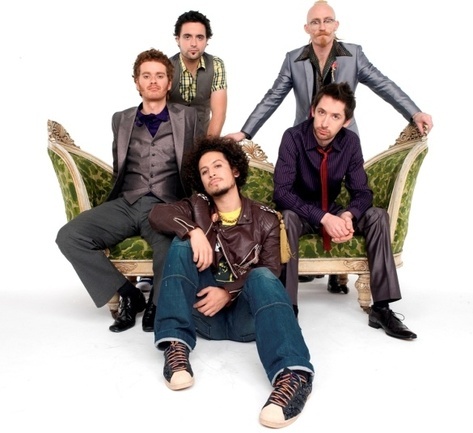 You ever stumble on something by accident and wind up uncovering a beautiful surprise? Trust me when I say that that is exactly how I felt upon coming across the group Mamas Gun. Yes, their name--a hat-tip to Erykah Badu's sophomore album--caught my attention immediately. You can't name yourself after a neo-soul classic without raising an eyebrow. But it was their music that eased my brow down from its exaggerated arch once I pressed play and heard their gumbo of lite rock, soul, pop and funk on their debut album, Routes To Riches. On first blush, those divergent styles may not seem like they'd sound too pleasant together, but lead singer Andy Platts' voice is the common thread weaving the musical tapestry together with bandmates Jack Pollitt, Rex Horan, Dave Oliver and Terry Lewis. The UK outfit counts SoulBounce faves such as Marvin Gaye, D'Angelo and Lewis Taylor amongst their influences, so it's no wonder why I've fallen for Mamas Gun as hard as I have. Get into two cuts from Routes To Riches right here and see the video for another.