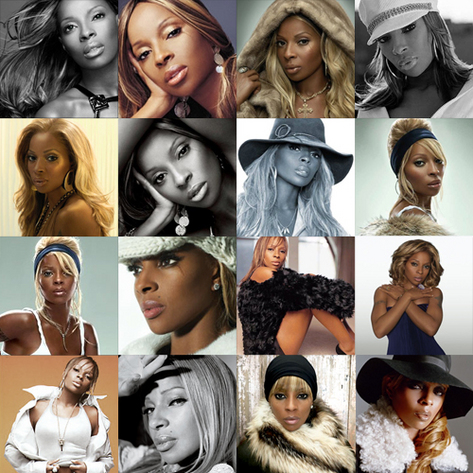 The "Month of Mary" on SoulBounce would not be complete without taking a look back on our beloved Mary J. Blige's look in the public eye. As a woman who grew up next to one of the fashion capitals of the world, New York City, Mary's fashion choices have grown and changed as she has matured and evolved in front of our collective eyes. To help us take a look back at Mary's fashion-forward and sometimes fashion-backward moments is Alicia, author of the awesome Los Angeles-based Instant Vintage fashion blog.

No celebration of the Queen of Hip Hop Soul would be complete without noting the many style transformations that have occurred throughout her career. It's not often that we can gauge someone's growth in life based on what they're wearing, but Mary J. Blige is someone who literally wears her emotions on her sleeves. Each of her albums came with shifts in her look as clear as the thank you's in her liner notes. Some of these shifts were for the better, some not so much...

No, I will not be mentioning the gold tooth or the near omnipresence of huge earrings.

Fresh on to the music scene with Puff Daddy at the helm, What's the 411? Mary fell somewhere between a B-Girl and ghetto glamour girl. I have fond memories of her circa 1992 looking like she could hold her own with the guys while keeping her doobie wrap tight. The trademarks of this period were big, shiny jackets, oversized jerseys and the "Jodeci boots" that you know you had when you were in school on one end; super tight pants, lots of flashes of thigh via equally tight shorts, and midriff baring tops on the other. 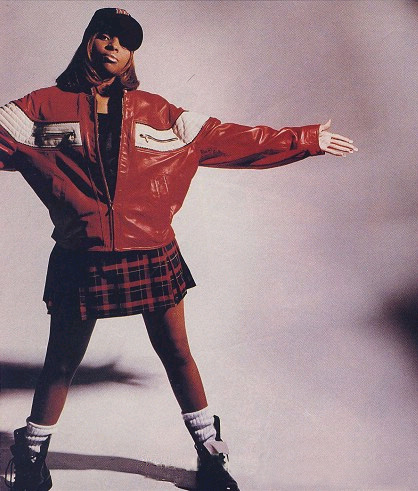 The release of My Life ushered in a level of solemnity to Mary's look. The decidedly darker tone her style took on was largely reflective of her less than ideal personal life, but she managed to keep her edge (read: ghetto glamour girl steez) while putting on for the cameras. Very dark makeup, simple silhouettes, huge sunglasses and lots of black and white defined Mary's fashion moments in this period. 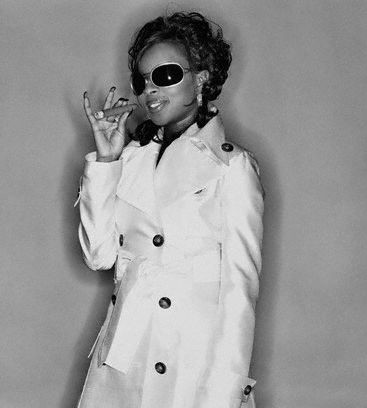 A few years later, the Share My World/Mary version of Mary appeared. Softer makeup, a more toned down take on blonde, and even some experimentation with brown (*clutches the pearls*) marked her transition from the 'hood to Hollywood. With her albums departing from the heavily hip hop influenced sounds she was known for, her style became more playful, whimsical, and feminine. 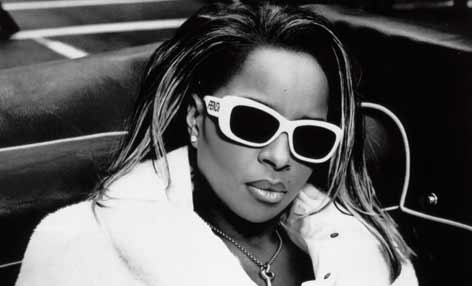 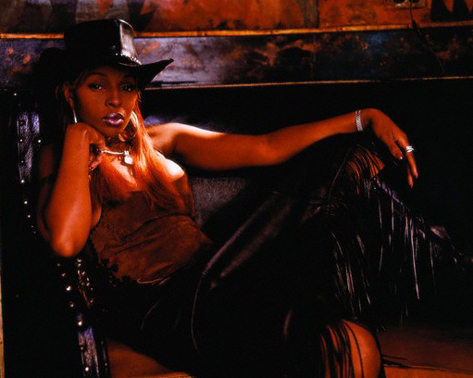 And then there was No More Drama... 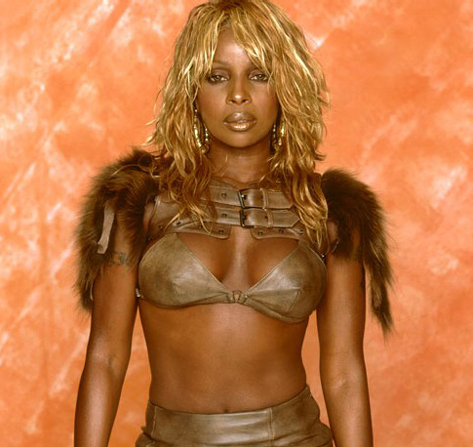 When this album was released, MJB had "relapsed" a bit; old demons were plaguing her and as a response, she reverted to what she had done in the past both musically and stylistically. This album saw more of a hip hop influence and the world saw a more naked Mary. The amount of T&A on display, experimental hairstyles and excess during this time made it a less than stellar period in her fashion history. 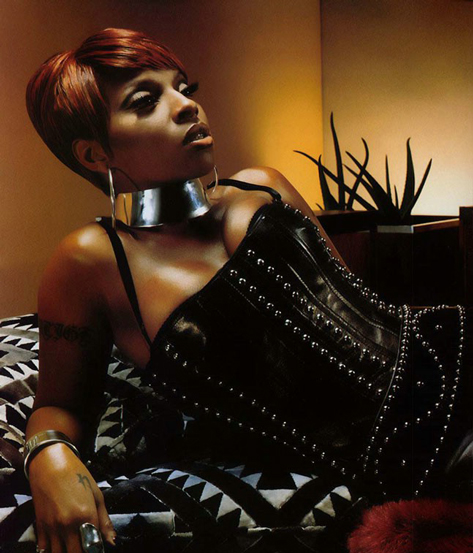 Love & Life saw the highly anticipated return of a softer Mary. The wardrobe became a more luxe version of what she was wearing in the late '90s. She was still playful and experimental (with the occasional side-eye worthy moment) but overall, way more tasteful than in the period that preceeded it. 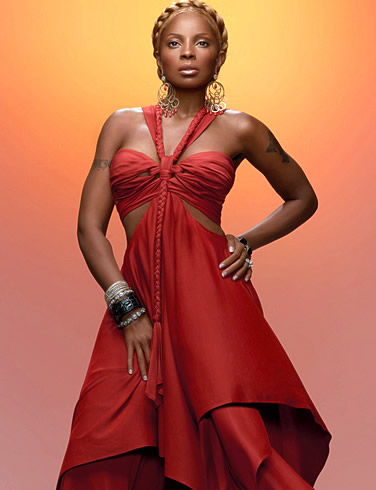 The Breakthrough
was a landmark album for Mary both in terms of her life and her sense of style. Aside from the most significant change (hand-clap for Kendu, y'all!), she reached proverbial fashion maturity and became the regal, glamorous woman we see today. But, in true MJB fashion, she knows how to "stay down," not alienating her fan base or her past. If she has on a gown, she'll often pair it with knee grazing boots. She doesn't try to hide her tattoos. Sometimes I'll even see a throwback reference to her early '90s swag, but this time around it's done with a higher level of sophistication and polish. 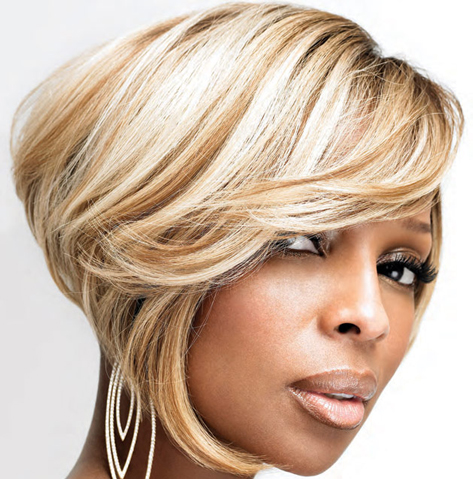 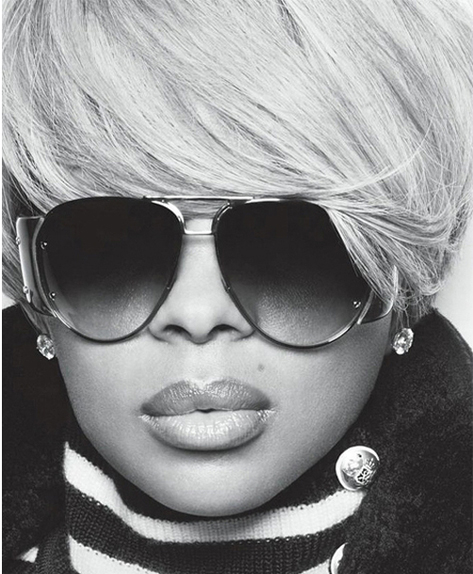 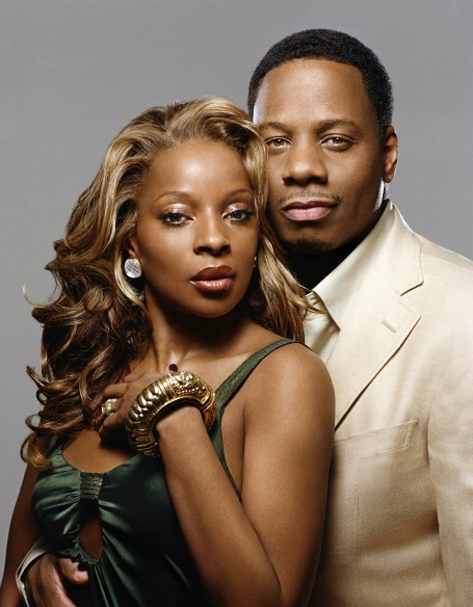 Looking at these photos, I can see the growth and progression of a person and it's kind of an awesome thing to behold. We've all been able to witness the tough girl from NY battle trials and tribulations only to blossom into a megastar with style befitting someone bearing the title of Queen.