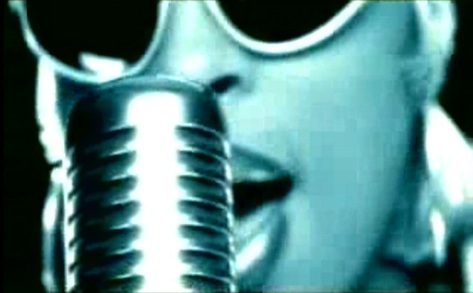 No discussion about Mary J. Blige's My Life would be complete without talking about the videos that accompanied the singles from the album. Although there were only three videos made, they are as iconic as the album itself. Filmed during a time when music videos were still a big deal, the visuals for "Be Happy," "I'm Goin' Down" and "You Bring Me Joy" defined Mary during the My Life era. Sure you've seen these clips hundreds of times, but there's a reason why you continue to watch all these years later--these videos were just that good.
Center

Co-directed by Sean "Puffy" Combs and Hype Williams, the video for "Be Happy" was the first glance that we got of the new and improved Mary J. Blige. The time period between What's the 411? and My Life may have been a dark one in her life, but you wouldn't know it from looking at her. Mary's B-girl had evolved--she got a little money to blow and some polish in the process. She now sported platinum blonde hair and shiny jackets. But more striking than Mary's appearance in the video was the sight on MJB on top of a mountain that was nowhere near the hood, as the clip began and woven throughout. The majority of the video, however, was filmed on a stark soundstage with just Mary and a mic. It starts out in black and white then Mary is awash in color. She happily rocked to the beat, swayed side to side doing her "Mary Dance" and we all bopped right along with her.

It's no secret that the camera loves Mary and she played that up in the video for "I'm Goin' Down." Here she was singing about her world falling apart because her man left her and she looked the best that she ever had up to that point. Her styling and makeup were on a whole 'notha level. Whether she was in an inexplicable floor-length frou-frou jacket or in a menswear inspired suit,
she worked it like the diva she was becoming. Directed by Matthew Rolston,
Mary played the role of lounge singer performing to a nearly empty house that quickly filled up as people heard the magic coming from her mouth. Scenes of multiple Marys walking down a set of endless stairs and Blige writhing around and singing longingly into the camera were cut in to break up the lounge act. The couple pawing each other at the bar truly needed to get a room, but it added a sexy visual to an otherwise depressing song. The end--with Mary dropping the mic and walking off the stage Randy Watson style--is both amusing and telling. She was done--literally and figuratively.

Proving that she is not her hair, Mary switched her style up for the "You Bring Me Joy" video. She returned to red locks, rocked a leather short set and thigh-high boots and looked as banging as she wanted to. This video, directed by Marcus Raboy, had no story line whatsoever--it was all about the dance number. Much like the video for "Real Love," Mary was backed by a troupe of female dancers, this time clad in varying degrees of leather and skin. The choreography matched song perfectly and MJB was getting down with the get down in between scenes of her off to the side singing. The colors and lighting in this clip definitely enhanced the visual experience. 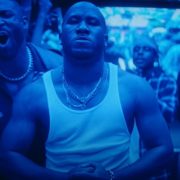