The rain hammered the pavement outside Houston's Verizon Theatre, but it didn't stop hundreds of concertgoers from experiencing the Sexy Soul Tour featuring Ledisi, Mint Condition and Eric Benet. The lobby was filled with two-piece velour leisure suits, color-coordinated gator shoes, curve hugging lace outfits and painted-on jeans. You could smell the hint of body sprays and throwback cologne (e.g., Lagerfield, Grey Flannel) permeating the air. With daiquiris and margaritas in hand, we came to have a good time listening to new favorites and trusted veterans. It was interesting to witness these music aficionados step out in their Sunday best to be a part of this soulful congregation.

Typically, the goal of the first act is to warm up the crowd and set the tone for the evening. Ledisi set us on fire with her bold stage presence and incredible sound. She paraded across the stage with the confidence of a diva and the sincerity of your BFF who always keeps it real. Ledisi brought us "Joy" and playfully broke down the random thoughts swirling in our minds "In the Morning." 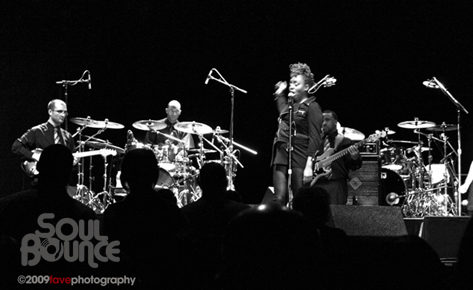 With a full band (e.g., keyboards, guitars, horns) and voluptuous backup singers at her disposal, she went into songs on her new album, Turn Me Loose. Each selection was prefaced with stories that connected our lives, encouraged our spirits and touched our hearts. In the midst of Ledisi's performance, she danced, cracked jokes, panted, moaned, swooned and bellowed musical prowess through a smile beaming up to the balcony. While Ledisi was full of vitality, the crowd was a little too cute and quiet for her taste. "Y'all don't want no show," she blurted into the microphone before walking off the stage.

The crowd stood to their feet and began reciprocating the love Ledisi had been showing the past half hour. Our cheers lured her back onstage with a girlish grin and rejuvenation. She continued to minister to us with truth and gave her all despite battling a cold (which you would have never known had she not told us). Her closing testimony was an inspiring summary on the power of resilience:

"It wasn't long ago when I was out (in the audience) where you are, and now I'm up here. Whatever you want, it can happen for you."

After her set, Ledisi went into the lobby to sign autographs, CDs and T-shirts in addition to taking pictures with every adorning fan with a camera phone. This is not a manufactured artist with scripted lines and plastered grins. Ledisi is your homegirl that will tell it like it is and be there for you in spirit and song, even after her physical presence has moved on.

After a brief intermission, Mint Condition maintained the momentum with "Nothing Left to Say" and other tunes found on their latest LP, E-Life. Stokley Williams bounced around the stage in jeans and Chuck Taylor sneakers with the energy of a pre-schooler high on Jolly Ranchers and Fun Dip. This had no effect on his high tenor vocals nor his effect on the ladies as he crooned his way into their hearts. What kind of man would he be if he didn't serenade his loyal fanbase? 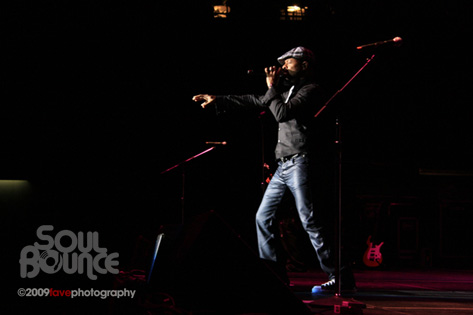 Their set was solid, but missing the one selection everyone came to hear. As they thanked everyone and exited the stage, darkness draped over screams for "Pretty Brown Eyes." Within minutes, the invisible stage lit up on cue with the melodic hits signifying the start of the classic R&B single that made them great. Stokley and them didn't disappoint and concluded their performance on a high note (no pun intended). Afterwards, Mint Condition also went into the lobby to mingle during the second intermission. 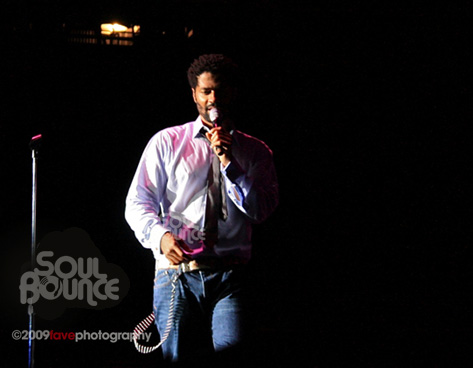 We ordered more drinks and awaited Eric Benet's entrance. A few of his fan club members, aka TrueEBs, fluttered around the lobby like happy schoolgirls swooning over the star quarterback. He didn't make them wait long as "Love Don't Love Me" began playing and Eric was onstage doing his thing. Armed with only a three-piece ensemble of keys, bass and drums, he leaned heavily on pre-recorded background vocals and an extensive library of hits like "Femininity" and "Chocolate Legs." I will never deny his consistency, but Eric's headlining contribution to the Sexy Soul Tour was light in comparison to his tour mates. My appreciation for his performance lies in his strong singing sans band and showmanship. 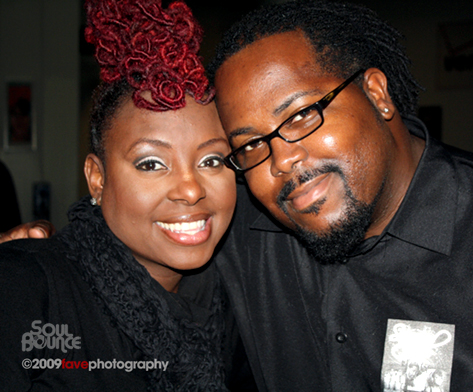 This is why I love soul music, it lingers in our minds and heightens our sense of identity and emotions. It's more than hearing a few songs, it's a connection between the performer and the audience. While I believe that experience can be achieved in any genre of music, there's something extraordinary about the soul connection. That added umph is found in the core of Ledisi. You can relish in that 'special something' whenever Mint Condition plays. The unique sexiness of Eric Benet's delivery speaks to the soul that dances within all of us. Overall, the performances were dynamic and we ventured into the damp night air full of musical satisfaction.