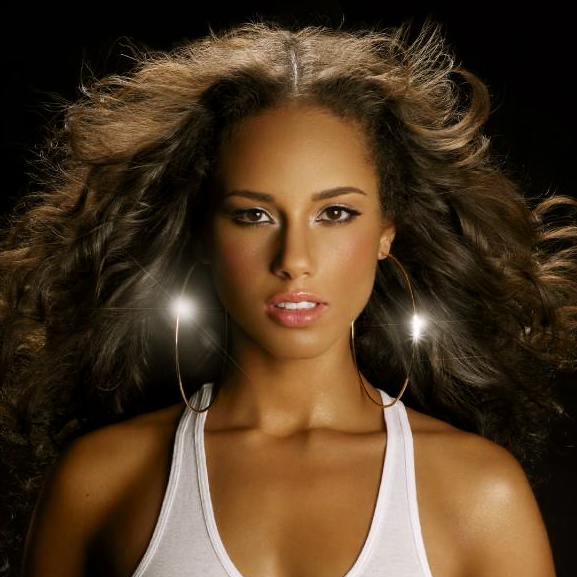 This year has been an interesting one for Alicia Keys. She has spent the majority of her musical career out of the grasp of ravenous gossipers, but this year brought much change on that front. Nevertheless, she remains one of the music industry's sought-after artists, has accumulated a plethora of fans, and can claim a blossoming start as an actress to boot. That being said, here at SoulBounce, we are most interested in the music. Guest blogger Steven G. Fullwood offers a critical look at this contemporary diva. While Steven's opinions do not necessarily reflect the opinions of every editor at SoulBounce, I can only speak for myself when I say that agree with him entirely. Leave your thoughts in the comments.
Center

Why people like it: Lowered expectations of a generation of listeners (fetuses to 30-somethings) grounded in a cultural experience that's about the tune and not the album; about the image, not the singing or the music; and most importantly, and sadly, about the individual and not a band of talented musicians. Think iTunes, not our tunes. Alicia's more Janet Jackson than India.Arie. She's an entertainer, not a distinctive singer/songwriter.

The truth is: She writes songs in "keys" that she struggles to reach and this strikes me as odd, given her clever name and all.

Why people like it: So few pop musicians play traditional instruments and even fewer Black folks (at least that's what we see in the popular media) and Hip-Hop (with the exception of The Roots) killed the DJ in favor of the MC, and is known more its craftsmanship, sampling and whatnot, than musicianship. And frankly it's easy to impress people who haven't seen a musician do her/his thing on the regular. The very absence of musical instruments in most musical videos adds fuel to this mystique.

The truth is: Alicia's piano skills do not wow, they simply support the straight-ahead, no surprises, pop music stuff she does. Nothing exciting, soul-stirring or even terribly interesting. Alicia's chords are average. To be honest I actually don't know what her skills are because her songs do not commonly foreground any semblance of innovative piano work. She might be amazing, but not from what's been released or when I have seen her live. Jump in a time machine and pit her against musicians of the 60s or 70s and at best, on a good day, you'd only see Alicia at her church's talent show.

The truth: It all depends on who is looking and for what. Ask your momma. Light-skin never hurt nobody (particular Black folk), and neither did long, flowing (wow-it-came-out-her-HEAD-that-way) hair.

Why people like it: A woman at the piano. Dope stuff. Looks novel to people because most women in pop music traipse around the pop scene, often scantily clad and seem eager to get even more naked if necessary. See Beyonce, Rihanna and Mariah for details. Lady Gaga, in all her goofiness and far-flung ambition, can play some darn piany. Check her out on Youtube to see her play.

The truth: Alicia Keys is a mirage of a cool drink of water in a hot ass desert.

Why people like it: Because they do. For whatever reason. She sells gillions of records, and appears to be a nice person. I like hearing her give interviews more than listening to her music any day.

The obvious truth: My opinion is just that, mine. A few years back, I bought an Alicia Keys album (The Diary of Alicia Keys) while on holiday in London. I liked "You Don't Know My Name." Got back to the states and was like, wow, I guess I had too many lagers and blokes. Key's Diary is a neo-retro-oh-no-not-so-good-for-the-soul soul. For something more substantial, I turned to some smoking 70s, early 80s grooves (The Emotions, Marvin Gaye, Earth Wind & Fire, Al Green, Minnie Ripperton) and relaxed and realized I had been dreaming. Alicia's nod toward the past was cute, but it was Country Crock and not the butter I needed.

Much of the same goes for John (not-quite-the, but-maybe-someday-with-better-music-and-less posturing) Legend.

Steven G. Fullwood is the author of FUNNY (Vintage Entity Press, http://www.vepress.com) and an archivist at the Schomburg Center for Research in Black Culture, New York Public Library. He used to write "Sound Check," a music column at the now-defunct, Africana.com which was eaten by AOL Time Warner and then subsumed and destroyed by AOL Black Voices, an internet site for watery entertainment news featuring corny-ass music reviews for those who really don't value criticism, but love gossip.


TAGS:  earth wind & fire, india.arie, janet jackson, john legend, lady gaga", mariah carey, marvin gaye, minnie ripperton", rihanna, the emotions, the roots
Previous: Welcome To The Mixologists With DJ PHAZE Next: Quiet Bounce: Feel How Much I Love You With One Touch Of My Hand