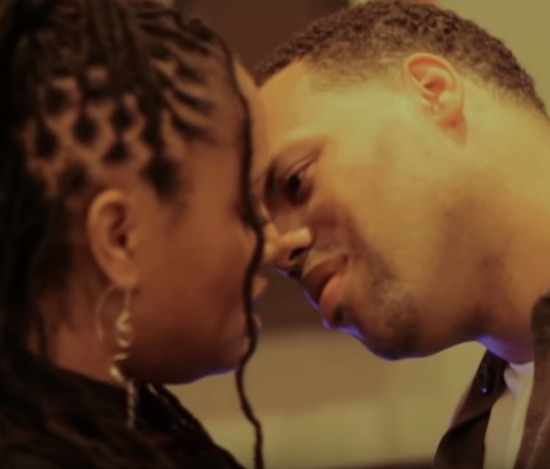 A few weeks ago we gave you a heads up that GRAMMY nominees Eric Roberson and Lalah Hathaway were hard at work on the video for "Dealing," and I am beyond elated to report that said video is now here for our enjoyment. Premiering this morning on Centric, the clip features Erro and Lalah arriving at a house party separately with their insignificant others. When he steps in the room with his lady, you can sense something going on as Lalah barely acknowledges his fine presence. Erro escapes upstairs to use the restroom and as he collects himself, we see flashes of his happy times with Ms. Hathaway. When Erro returns downstairs, it's Lalah's turn at karaoke and she's singing this here song. Roberson keeps his cool while he observes, then another party-goer suggests that he join Lalah on the mic for a duet. Under normal circumstances this would be an innocent prospect, but not where secret lovers are concerned. Eric starts feeling their duet a little too much and crosses a line, which results in Lalah's man, played by Chicago-based singer Ramel Werner, going oops upside his head. Ouch! This video had a great concept – how often can we say that these days – and excellent visuals. Get into it right here.