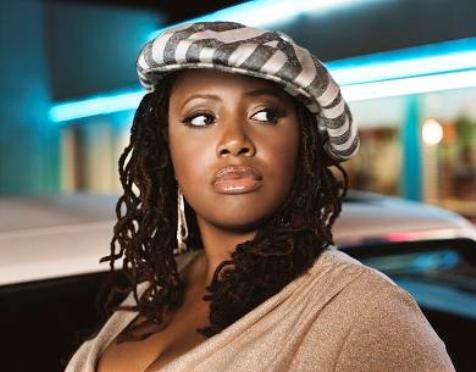 It's been quite a career for Lalah Hathaway. She's one of those singers that make you just shake your head after hearing her sing. It's so effortless. So rich. So deep. So good. It was in her genes, as both of her parents were accomplished artists, her father of course being soul singer Donny Hathaway, and her mother Eulaulah, after whom she was named, an accomplished musician. She officially began her career in 1989, after signing with Virgin Records and releasing the single, "Inside The Beat." And four years later released her self-titled debut album.

That's when the magic started.

Now, as she celebrates her 20th anniversary in the business; after five
studio albums that have seen her collaborate with everyone from Meshell Ndegeocello to Mary J. Blige, after crossing over flawlessly from R&B to Jazz and back again; after doing absolute justice to a Luther Vandross
classic ("Forever, For Always, For Love") and to be known for it almost
as much as he was; after standing firm in the fact that she doesn't
need to cover one of her father's songs even after the public pressure
to do so; after signing with the workd-renown Stax Records for her
latest album; after all the hilarity and realness that was the LAH!
& RAH! Show
with best friend Rahsaan Patterson; after blessing Eric Roberson on his latest project with a stellar duet, she's still being blessed.

This year, for the first time in a more-than-successful career, Lalah
Hathaway has garnered her first Grammy nomination for Best Female
R&B Vocal Performance for the ballad "That Was Then" off of her
latest album Self Portrait. Today, as we celebrate her birthday (she looks damn good for 41!!!), SoulBounce says both Happy Birthday and Congratulations to Donny's daughter. To one of soul's greatest ambassadors. To the one and only Ms. Lalah Hathaway.

We wish you the best day ever and the best of luck at next month's Grammys!


TAGS:  donny hathaway, eric roberson, lalah hathaway, luther vandross, mary j. blige, meshell ndegeocello, rahsaan patterson
Previous: ‘Help’ Yourself To Some Maxwell With A Side Of Nas Next: Quiet Bounce: J*DaVeY Wants To ‘Crawl All Over’ You 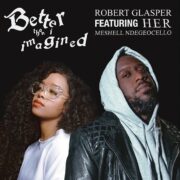