Quiet Bounce: I Had A Vision Of You 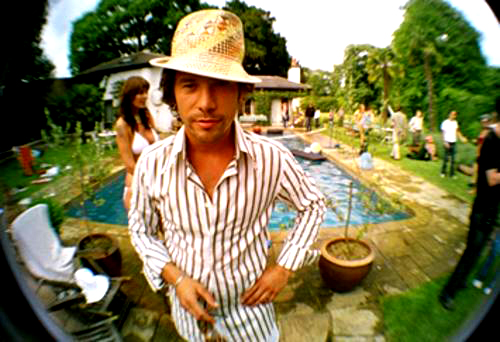 I've always had a bit of an unhealthy obsession with Jamiroquai. It all started when a former love of mine introduced me to Return Of The Space Cowboy in college. For six months after that, this album and especially this song were played so much that my roommate eventually acquiesced and succumbed to its power. Jay Kay--Jamiroquai's frontman whose birthday I share--is known as a never-ending cheeba-toker, enfant terrible, and super-wealthy vocalist who is likely trying to figure out which Lamborghini to drive today. I can't say that I'm mad now that I'm revisiting this song this many years later. It's beautiful and greatly encapsulates a time in music when Brand New Heavies, Incognito, and others were dominating the world music scene. Luckily, music is able to perfectly remind me of warm memories that this one is able to bring back effortlessly.
Center