Quiet Bounce: Wanna Love You And Treat You Right 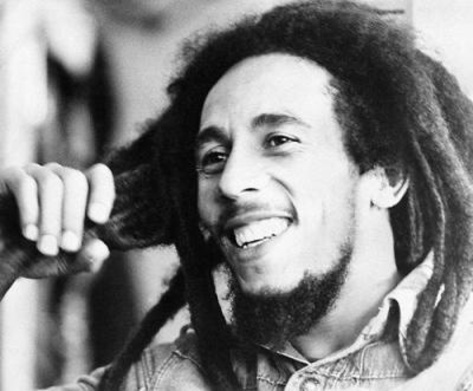 There is something innately sexy about Reggae music. Whether it's the way your waist and hips involuntarily start to sway at a sensual pace when it comes on or the images of clear blue waves crashing onto white sand beaches adorned with palm trees that it conjures up, there's just something about Reggae. And I'm not just saying that because I'm Jamaican. But since I come by my love of the music that originated on the Caribbean island whose blood runs through my veins honest, I would not be a true Jamaican if I didn't love Bob Marley like cook food. The man brought Jamaican music to the world's stage, becoming a star in the process. His time on earth got cut short when cancer took him from us in 1981 at age 36, but his life's work lives on in song and one of my favorites from his extensive catalog (note: there is more to Bob Marley than Legend) is "Is This Love." Taken from the 1978 album Kaya, Bob made his intentions to the woman he was trying to woo crystal clear. He was in love and she had to know--even if he questioned himself in the process. The combination of the syncopated beat and wailing guitar makes you want to draw your significant other close and wrap yourselves up in their love--as your waist and hips move together.
Center


TAGS:  audio, bob marley
Previous: In Spite Of It All, Corinne Bailey Rae Does It ‘Again’ Next: Morning Soul: Gonna Be Some Sweet Sounds Coming Down