I am a highly critical soul, especially when it comes to my first love, Music. This past year, I spent a considerable part of the year complaining about being underwhelmed about what this year's musical selections were offering. In hindsight, I also spent a considerable amount of time overutilizing superlatives when it came to new music that touched me. In essence, this may make me a hypocrite, but I never said I was perfect. As surprised as I am to say it, this year shocked and amazed me for the reasons I listed above. That being said, I present to you my favorite tracks of 2009 in no particular order. 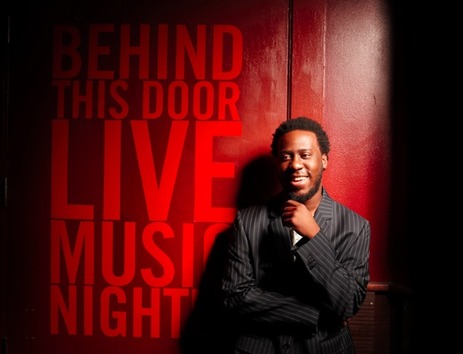 Robert Glasper feat. Bilal: "All Matter"
"Cool on the outside, hot in the middle." If that's not the perfect way to describe this Jazz track laced with Bilal's tendrils of pain then I don't know what is. I realize I'm making Bilal sound like a Portugese-man-of-war right now, but Bilal stans know he really is restraining himself on this one and, like most super-talented beings, seems to shine when expressing extreme sorrow or regret. Robert Glasper plays the strong backbone to Bilal's worrisome yet strong tone. This one was so slept on. I still don't understand why. 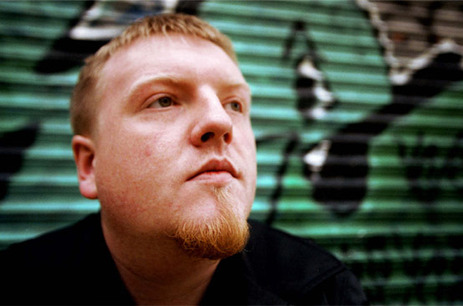 Though Zed Bias is more known for more straight-ahead Garage and Broken Beat tunes, this track with vocalist Tawiah really shines because the beat is slower. Her vocals seem to sound best to me when she can take her time with a track such as this one. Her desperation for her lover is ever so palpable here. 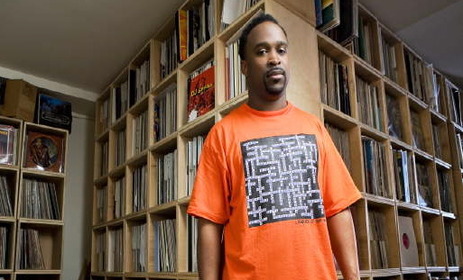 
This joint dropped in the Summer as did my hips when I first heard it. In short, Erik Rico killed his vocals and DJ Spinna provided a beat that my mind feels the need to revisit every other day or so. 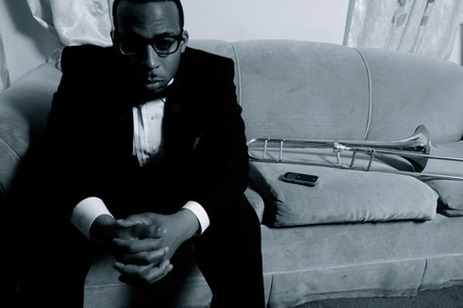 This song tugs at every heartstring you have ever known or didn't know you even had. Saunders knowledge of instrumentation equates with a musical relationship between his voice and the melody that is unparalleled this year. Are those violins/cellos I hear? I'm going to assume so and keep mulling over every failed relationship I've ever endured. 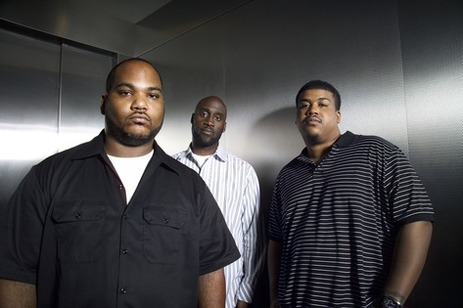 By now you all know how much of a true Hip Hop junkie I really am. This track flew under most people's radar for some inexplicable reason. Maybe it wasn't widely exposed enough. But when a track is worthy, it just is, so that's no excuse. I'm going to assume it's because De La Soul has been at this for 20 years and is a Hip Hop trio that many of us simply take for granted. That is a serious mistake, my friend. They killed this track. The word play as usual is excellent and the verbal trades between Trugoy and Posdnuos are wondrous. 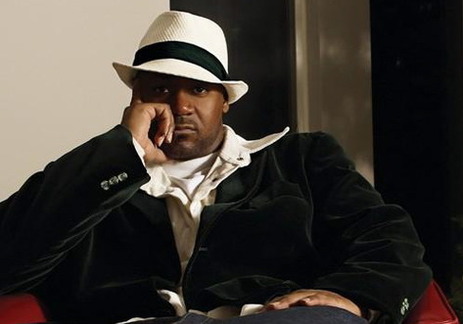 All my bourgeois trappings aside, I'm a girl who was raised in Harlem and reps Uptown NYC 'til I die. This track manages to embody what Manolo Blahnik's Timberland-styled heels did for us around-the-way girls: we're the taste you keep coming back for after the initial sting of Tabasco wears off. This track embodies the fact that we've got the whole world on our shoulders but want a man who will lock us down and have our back forever. Plus how can you disagree with Shareefa's claim that "them other bitches, they ain't like me." Exactly. 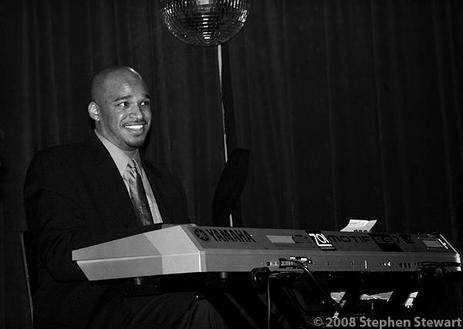 Just when I thought I had Yahzarah's sound pegged, she up and pulls off singing a Patti Austin track. And cohort Zo! manages to expertly pull off a Quincy Jones track with his usual aplomb. There was no doubt in my mind that these members of Foriegn Exchange weren't going to be nominated for a Grammy when Leave It All Behind dropped. This is further proof of magic in the making. This marks Yahzarah's second mention on my top 10 list in a row. 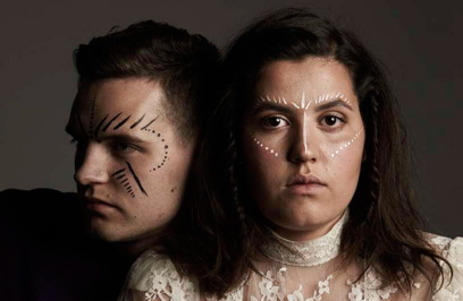 This song literally dropped on the sky onto my dome piece and I'm not surprised that many are still not familiar with it. When it did drop, I had international requests for it from tastemakers who wanted to spread the aural love that emanates from this track. It's so ephemeral in its approach that it sucks you in without you even realizing it until it's suddenly over. 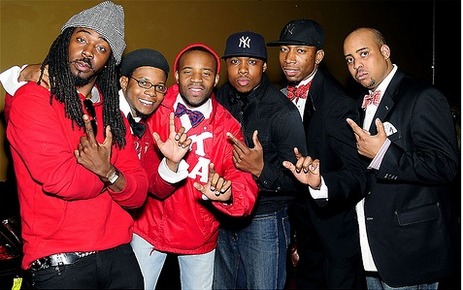 This track is just effing sick. It's just so damn beautiful. In fact, it's so beautiful that I can't listen to this very much because once I do, it stays in constant rotation until blood starts trickling from my ears. This is as close to my number one track for 2009 as I can get. 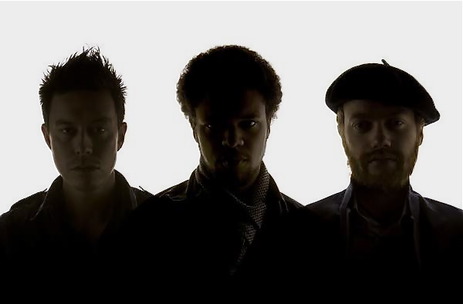 But then again, this track is just infectious, that I actually do end up listening to this daily. Yes, I said daily and I really sincerely mean that. This is my favorite song this year. Period. Clearly New Zealand may prove to be a Soul haven much like Sweden, Denmark, and The Netherlands. In any case, this track seems to touch something primal. It is giving and gives more with each subsequent listen.

God, I love this song. I liked, but didn't love the original as much as I love this refashioned track. Indigo Jam Unit did an amazing job with their Jazz stylings on this track but did an equally astounding job on Common's other tracks they reworked for their album *re:common. Their version really embodies Common's claim that "this is a fly love song."

This track drips with so much '70s blacklight funky sweetness that I usually end up less clothed at the end of this track than when it first began. No lie. Play it and see if it doesn't get hotter in the room. Even when you're alone.

I never ever said that Kanye was not a great producer or songwriter. I simply said that he couldn't sing that well and the Auto-Tune was really making matters worse. This extended version of his "Say You Will" from Mos Def's Blue Note performance earlier this year captures the song's ultra-emo-ness well. Mos definitely needed to share the pain of his relationship trials and tribulations as evidenced on this track's jazzy, repentant vibe. Make sure to stay with this track when he ends it with the vulnerability of "U R The One."

Nat King Cole's don't-let-the-smooth-taste-fool-you stylings are the perfect match to Amp Fiddler's vibrating synths. Lounge-worthy or grind-on-the-wall-worthy. It's your choice.

I can't listen to this track without wanting, nay needing, Patron shots, sweat snaking down my decolletage and bass so thunderous that it makes my third chakra virate. "This is forever making the dance floor turn to fire." Yes, it is. House music all night long.

One of my best friends used to go on and on about how cute Blu was and I just didn't get it. He's still not my type, but the sexual tension caused by Miss Spanish Fly herself, Miss Jack Davey, and Blu is certainly thick enough to scoop with a warmed, deeply curved spoon. All that whispered dialogue is definitely reminiscent of the thoughts had between two souls who are just getting to know one another better with the promise of even more whispers in the near future.

I've loved this joint since I first heard it. When I first heard it, I thought that it sounded perfect for colder weather and inner contemplation. Now that the seasons have come full circle, I find myself revisiting this track again and again. Full Crate & Mar's version with Eric Roberson sounds amazing as well.

I love this dude. His "Exhibit A" still got 'nuff play from me again this year and luckily he did not allow 2008 to come to a close without offering a sequel to that cold ass banger of a Hip Hop track.

I wrestled a bit with whether to include this one, but the fact that it keeps ending up on new playlists I create is more than enough testament that it should be included in my list of top tracks this year. This song harkens back to a time when Hip Hop could be loving and vulnerable all while maintaining a hint of its necessary edge.