Raheem DeVaughn Brings Us Some ‘March Madness’ With ‘Mr. February’ In January 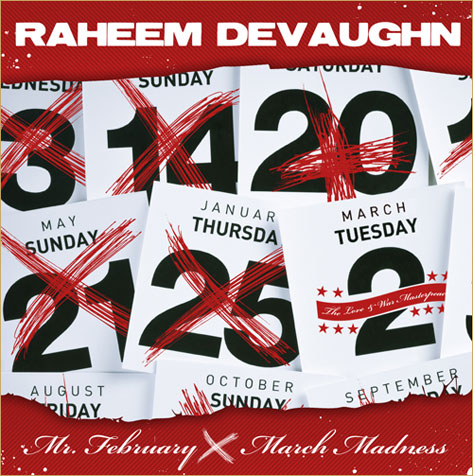 Last Friday Grammy-nominated Raheem DeVaughn blessed the internets with the digital release of his latest mixtape Mr. February X March Madness, and it's really unfathomable that he gave away all this good music for free via his label 368 Music Group. Going back to the beginning of his career, Raheem is the master of the mixtape and this by and far his best one yet. Mr. February features a handful of originals that have previously leaked online and some that haven't, collabos with a number of DMV artists (Wale, XO, Phil Ade, Tabi Bonney), straight up remakes (Prince's "I Would Die For You," Stevie's "Village Ghetto Land") and his take on popular songs of the moment (Little Trey Songz's "Invented Sex," Keri Hilson's "Slow Love"). This is an awesome warm-up lap before he officially gets back in the R&B/Soul race with his third album The Love and War Masterpeace coming our way on March 2nd. Check out two songs from the 23-track strong mixtape below and peep the tracklist and back cover art after the bounce.
Center 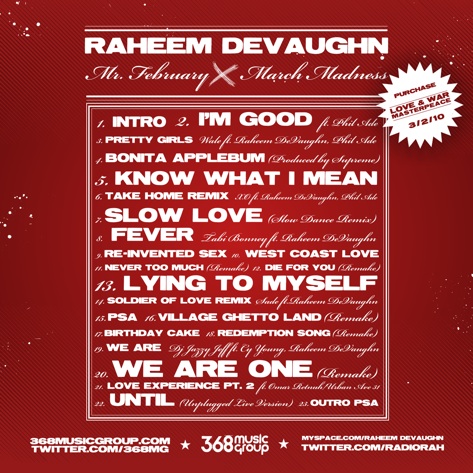