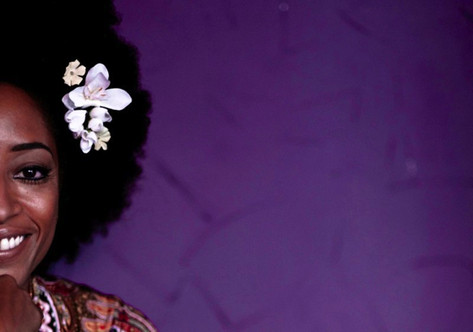 Julie Dexter is back! Though she hasn't dropped a new album just yet, she is offering an audio tease with her new track "Transitions," which is produced by Foreign Exchange fam Lorenzo "Zo!" Ferguson. This track will surely be as beloved as her most memorable songs like "Ketch a Vibe" and "Choices."
The Atlanta-based singer, who is one of the UK's brightest exports, went solo in 2000 after touring with jazz vocalist Courtney Pine. We haven't gotten a full disc of new music since Conscious in 2005, but she has appeared on the records of other artists here in the states and abroad. Her stand-out collabo, hands down, was on the song "How Sweet Life Is" with Angela Johnson on 2007's A Woman's Touch.
Here's looking forward to the new release as we dig on what she doles out to us in the meantime. Enjoy.
Center

TAGS:  audio, julie dexter, zo!
Previous: Hawdwerk & Jansport J Are Making ‘High Power Moves’ Next: The Overproduction Of The ‘We Are The World’ Remake In 30 Seconds